New measures are being implemented concerning the homeless, public transport and the local police 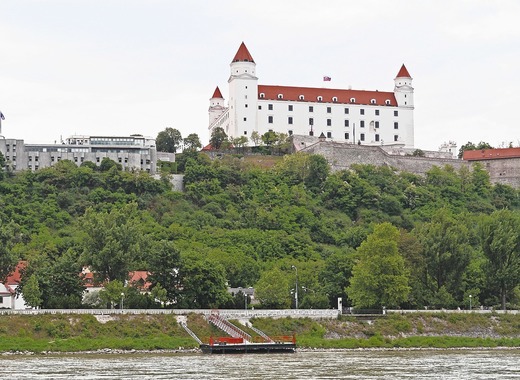 While some cities and countries are already looking forward to easing the lockdown measures adopted in order to stop the spread of COVID-19, most authorities in Europe are bracing for a long and protracted fight with the disease.

Earlier this week, the City Council of Bratislava adopted new measures aimed at further slowing down the spread of the disease and concerning the local homeless population, the public transport network and other vital services.

Public transport is essential for citizens who do not own or can not drive a personal car and who are still obligated to go to their respective workplaces. Yet the city’s busses are also the ideal location for diseases to thrive and spread onto passengers. In order to safeguard travellers from such risks, the city council is introducing new measures for its use.

Namely, citizens are urged to only take the window seats, thus staying as far away from others as possible. Furthermore, drivers have been granted disinfectants and will be disinfecting the parts of their vehicles that are touched the most by passengers at least once per shift. This comes in addition to the work done by the specialized teams that disinfect the entire vehicles when they stop at terminal locations.

The city’s homeless population is another main point on contention. To aid those who lack lodgings, the city has set up quarantine facilities so that they can self-isolate. Furthermore, Bratislava’s authorities have also created 3 disinfection points around the city to serve the needs of its rough sleepers.

The coming of spring and the nice weather have also proved to be a challenge for authorities. Many citizens have been lured outside to the Slovak capital’s parks and leisure areas which has in turn forced the local government to strengthen the municipal police and to launch a new information campaign in order to stop citizens from venturing outside and overcrowding public areas.