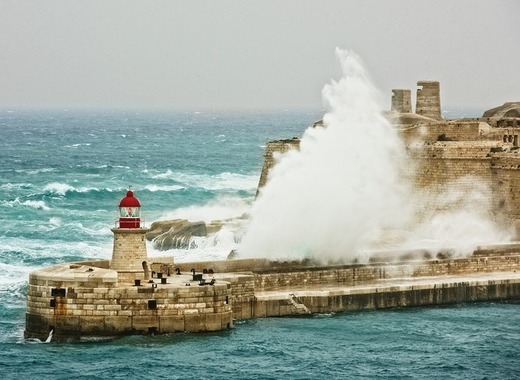 Christmas is not just a time of shopping and merriment but a chance to look around and lend a helping hand to those who cannot afford the holiday fun.

Sometimes this might require even jumping into the cold water, as participants in the Santa Swim, a fund-raising event in Valletta, Malta now in its tenth year, will assure you.

Braving the winter cold, they took the plunge into the sea and some even managed to swim around the harbour. Others, however, found the water too cold and were out of it soon, despite their good intentions.

The noble event took place under the patronage of the Office of President George Vella, who watched the event with  Mrs Vella and encouraged the participants. The Vilhena Philharmonic Society Band of Floriana added to the cheers with lively Christmas tunes.

The noble activity at the 5-star Grand Hotel Excelsior culminated in an impromptu game of current and former water polo players. Following the swim, the brave participants enjoyed mulled wine, warm drinks and mince pies, courtesy of the hotel .

The Santa Swim event is to the benefit of the Malta Community Chest Fund Foundation (MCCFF), which aims to improve the quality of life and care of individuals and society in general, without any form of discrimination on the basis of social class, gender identity, age, ability, health, status or religion.

During 2018, the foundation disbursed a total of €11.85 million in assistance, marking a 54% increase over the previous year and helping more than 16,000 people. Last year MCCFF increased its financial assistance to people with disabilities and patients requiring specialised care by over 72%. Assistance for specialised chemotherapy, medicines for severe chronic diseases and assistance for overseas medical care had registered a 73% increase over the previous year.

The spectacular increase testifies to the generosity shown by the Maltese people, since donations to the foundation had increased by €1,023,000 compared to 2017.