With local elections in the UK tomorrow, Brexit proves to be impossible to ignore 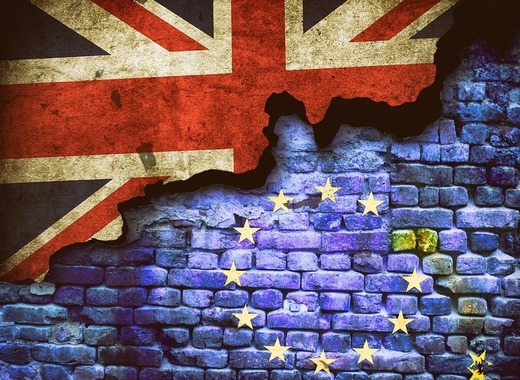 Up until a couple of years ago, when you thought of The United Kingdom’s politicians you would quickly associate them with being pragmatic and forward thinking – aiming (and almost always succeeding) to maximize their profit, power and influence over the world. Fast forward to 26 June 2016 – the so-called “Independence Day” of the British people. No matter how it may look 3 years on, the goal of Brexit at the time of the referendum was clear and in sync with the traditional aims of the Westminster establishment. The result however is less than stellar, and the reputation of the UK politicians will remain tarnished for decades. The illusion of the pragmatism of the British political elite has all but disappeared.

But how did it come to this? And where are we now? Preparing for elections that were never supposed to happen, expecting a deadline that was supposed to have been long gone, being led by a government that under normal circumstances was supposed to have collapsed. And while the first two seem almost inevitable, a given, under present circumstances, the Theresa May government is not enjoying the same certainty. The flagship policy of the prime-minister’s term has been sunk three times yet the Titanic somehow keeps on sailing even after crashing into every iceberg in the ocean. Its luck might be about to run out. Theresa May’s first electoral test since her disastrous decision to call a snap election in 2017 is right behind the corner – the UK local elections of 2 May.

Unfortunately for the government, these elections will not be business-as-usual. They will not be focused on local issues and voters will not be looking to mainstream parties to solve their problems. It would serve all of us well to dispel those two illusions.

The illusion of party choice

Claiming that the vote of the British people will follow traditional party lines would disregard the political atmosphere that has been forming in the United Kingdom ever since the 2016 referendum. Even during the campaign itself, party lines became blurred as individuals and constituencies transcended them, entering other, more tribal coalitions. If we take a look at the voting blocks that made up both sides of the referendum we will notice a pattern in the societal divide – young vs. old; higher education vs. lower education; urban vs. rural; middle class vs. lower class. The main mistake that we can make when looking at the upcoming UK local elections would be to think that these divisions have evaporated following the referendum. Quite the contrary – this descent into tribalism has only gained strength as British citizens have switched from identifying with their preferred parties (Conservative or Labour) to identifying with their choice in the referendum (Remain vs. Leave).

The illusion of importance

British politics have become so entrenched and focused on the single issue of Brexit, that thinking that citizens will ignore the unresolved outcome of the referendum and focus on their local close-to-home problems is a bit naïve. Which party or candidate voters will pick on the ballot paper will be largely influenced by their Brexit affiliation - Leave (and all its subcategories) and Remain (and all its subcategories). Local elections for the most part are second-order elections, meaning they are not viewed as particularly important by voters despite the proximity of local governments to their constituents. This typically results in a low turnout, a referendum on the success of the national government and a subsequent punishment of the ruling party for its perceived failures. That is precisely what we will be witnessing on 2 May. Conservative voters especially will be out to punish their politicians for their ineptitude at handling the Brexit crisis.

So, let’s take a look at what’s at stake and where the parties will go from here. Up for grabs are 248 local councils in England, all 11 local councils in Northern Ireland, a total of 8773 councilor seats and six mayors. Vying for control of course are the Conservatives and the Labour Party, as well as UKIP, the DUP, the Liberal Democrats, the Greens and Change UK.

HMS The Unsinkable – Theresa May

Even her fiercest critics have to give it to her – she is beyond stubborn – going on after being fatally wounded and losing vote after vote. Theresa May’s premiership has refused to die – as Nicola Sturgeon put it “Theresa May must be the only leader in living memory who has tried to fall on her sword and managed to miss.”. Will these elections finally spell the end for her? Or will she keep on limping towards whatever comes next? Expectation have always been low within the party – the last elections in 2015 were their high point and it would always be impossible to achieve similar results. But the failure to deliver on Brexit for more than 3 years, the constant infighting and drama have drastically reduced the influence, clout and support for the Conservatives. The Tories are expected to get mauled by its electorate. The longest-living party in Britain is currently hemorrhaging voters to UKIP, the Brexit party, the Liberal Democrats and Change UK. Its campaign has tried to stem the bleeding by attempting to focus on other issues beside Brexit but that has largely been unsuccessful as the party is held accountable for delivering on the results of the referendum by the majority of the population. Something it has failed at miserably.

Party at a crossroads

Labour has been sitting on the fence on Brexit ever since the referendum. In order to garner support among leave voters that are getting tired of the Conservatives, its leadership e.g. Jeremy Corbyn, has refused to explicitly and wholeheartedly support a second referendum – the preferred choice of the majority of party members. He is walking on a tight rope and is almost out of time. The intentional ambiguity has so far been beneficial for Labour but party members and remainers are growing tired of it. Choosing a final position on Brexit will be of paramount importance as the party’s survival might depend on it with discontent rapidly growing within its ranks. Despite the recent splintering of his party, Jeremy Corbyn yet again postponed this choice, instead focusing the local elections campaign on economic issues. How long can the fence-sitting continue? On 2 May it might turn out that voters are tired with Corbyn’s ambiguous stance.

Those that were left behind

With the main political parties fracturing, their splinters have been reorganising themselves, forming three main political forces – Change UK – made up of hard remainers from Labour and the Conservatives; UKIP that has shifted to the far right and the Brexit party that has sapped all the strength from UKIP but is currently only aiming at seats in the European Parliament. Out of these 3, only UKIP is currently defending seats. But following their highly controversial leap to the far right, they have lost a large amount of their wider appeal. This might prove a boon to the struggling Tories as they might see some of the voters that they’ve lost over the years finally return to the flock. For the most part votes for these parties will be protest votes against the centuries old two-party system that has dominated British politics and has recently been found severely lacking.

The 2 May local elections in the UK will be anything but local. As Brexit has consumed all other forms of political discourse it should come as no surprise that voting in these elections will yet again be part of the bloody saga that’s gripped the country for the last 3 years. The main questions ahead of us are how well are the Tories managing their internal collapse and how well will the others capitalise on the weakness of the Conservatives. Those are questions that we will be looking forward to answering in the coming months. Stay tuned.