Brigitte Fouré: There are not many differences between the Mayor and the Mother, that is 16 hours working day

On the International Women's Day, we discuss the role of women in politics with the Mayor of Amiens 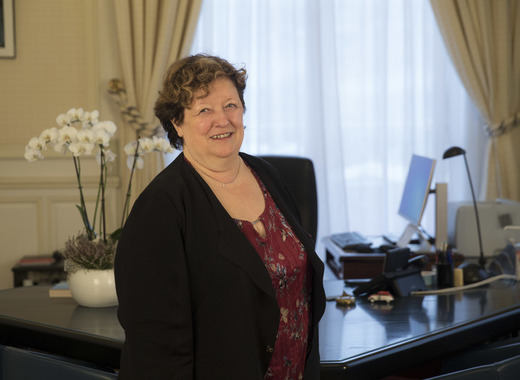 Brigitte Fouré has been Mayor of Amiens since April 4, 2014. She studied law at Amiens (University of Picardie Jules Verne) and obtained the Certificate of Proficiency in Law in 1978. Holder of a DEA under private general law (1978) and a DEA in Criminal Law Theory and Practice (1979) obtained at the University Panthéon-Assas Paris II. She became assistant in private law at the University of Picardy in 1979 before being appointed lecturer.

On January 1, 2007, she was elevated to the rank of Chevalier of the Legion of Honor by the President of the Republic Jacques Chirac.

She is also decorated with the order of Palmes académiques, at the rank of officer.

Ms. Fouré, do you think that the voice of women in politics is sufficiently valued in today's critical conversations?

The woman has been bending since the beginning of time on the work of picking and cradling while the man, on the contrary, has become accustomed to standing up for the hunt and looking ahead, which is why today he still believes to be the only one able to have a vision.

It is this battle that remains to be fought to assert our own abilities to illuminate the future.

Men often act in a logic of power struggle, want to emerge victorious from the problems presented to them. If the man develops more easily a vocabulary related to war, the voice of the woman puts sweetness, adds common sense, favours the negotiation and the consensus in her discourse. If we want to live in a peaceful society, it is necessary that the voice of women is heard even more today.

In your opinion, what quality, inherent to women, makes them good leaders?

It is the benevolence towards the other, which she draws from this singular awareness that she has of life and that nourishes it.

She knows where lies the importance of all lives, especially that of the nourishing earth that suffers today.

Women are not better leaders than men. The history of our country shows us that many men and women have helped to move France ahead in the path of social progress and modernity, taking care of the general interest.

However, women's governance places a special emphasis on benevolence, solidarity with the weakest, the sweetness of life ... to the aesthetics of public spaces.

My working day is similar to that of all those women who, after work, go shopping, cooking, cleaning and participate in family activities. So there are not many differences between the Mayor and the Mother, that is 16 hours of activities per day.