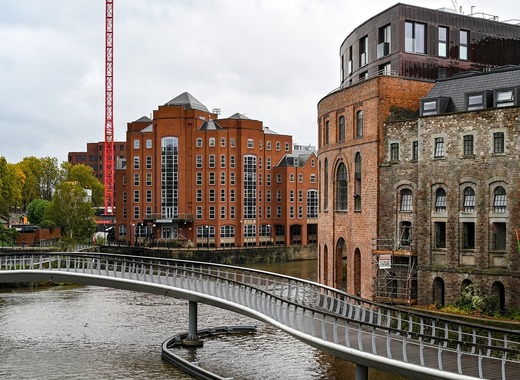 Back in 2019, the Bristol City Council adopted the Bristol “One City” plan aimed at transforming the city into a fairer, healthier and more sustainable environment. One of the main goals of the “One City” plan is to prepare the city to respond to the climate emergency and to turn it carbon-neutral and climate-resilient by 2030.

To that end, authorities in Bristol created the Bristol One City Environmental Board – a body that is meant to help the local government along its path towards making the city more environmentally friendly.

Unveiling the One City Climate Strategy

Ever since it was established last year, the Environmental Board has been hard at work developing the specifics of Bristol’s climate approach. Their labours are now encompassed in Bristol’s One City Climate Strategy.

Within it one can find the steps that Bristol’s local authorities will take in order to make the city carbon-neutral by 2030. Among the most important steps to reach that goal are the need to insulate over 70,000 homes, the installation of 96,000 heat pumps and the establishment of 63,000 heating connections across the city.

Furthermore, through concentrated efforts and investments Bristol will have to significantly pick up the pace in terms of carbon emission reduction – the city should be 1.6 times faster in doing so compared to the 2005-2017 period in order to meet its targets.

At the unveiling of the strategy, Marvin Rees, Mayor of Bristol and co-chair of the Environmental Sustainability Board, stated that “Bristol is an incredibly environmentally-conscious city which is reflected in the way we are leading the response to one of the most complex challenges humanity has ever faced. We are proud of the fact Bristol has inspired others to recognise the importance of the climate and ecological emergencies. We need our city to come together like never before and it’s encouraging that people from organisations across the city have made this approach a reality.

This strategy is an important step in the process because it shows that we need to make widespread and radical changes to the way Bristol and the UK operates. It shows what needs to happen nationally, regionally and locally for our 2030 carbon neutrality goal to be achieved, including changes to legislation, finances and infrastructure.”