Bristol City Council awarded for its support for energy projects 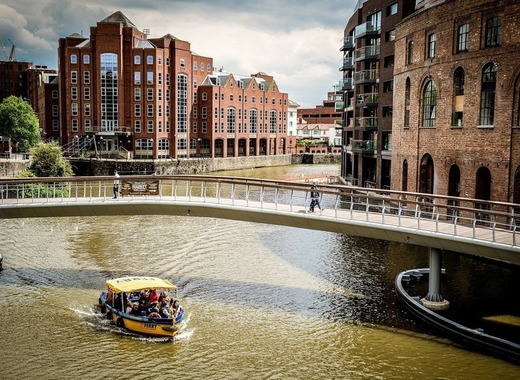 The City Council of Bristol was awarded the Local Authority of the Year award for its support for local energy schemes, which are contributing towards the city’s climate ambitions. The Community Energy Awards were held in London City Hall and brought together developers and supporters of many energy projects, aimed at curbing the effects of climate change.

Upon receiving this award Councillor Kye Dudd, Bristol’s Cabinet Member for Energy, Transport and the Green New Deal stated: “We’re delighted to have won this award and be recognised for work we do to support community energy groups in the city. We’re very proud to be able to work collaboratively with amazing volunteers and communities; together we’re making Bristol a cleaner, greener and healthier city.”

Bristol City Council embarked on its ambitious journey towards reducing carbon emissions to zero in 2015 when local authorities managed to secure funding for the establishment of the Bristol Community Energy Fund. The Fund’s task is to provide loans and grants to small community energy projects across the city.

The Bristol Community Energy Fund has so far delivered over £450,000 to more than 50 projects, proposed and developed by the local community – including awareness-raising campaigns and skills development programmes.

The support provided by the local authorities of Bristol proves to be vital to the city’s energy transition towards renewables. As stated by Caroline Bird, Chair of Bristol Energy Network “Bristol City Council is committed to working with communities across the city to address energy issues. Despite central government support in this area being virtually non-existent, the council team has continued to work with Bristol Energy Network and our diverse community energy groups, investing financially when they can, but also by supporting community groups to navigate planning and policy, and identifying public buildings and land as suitable sites for renewable energy generation schemes.”