Bristol transforms to meet the needs of local hospitality sector 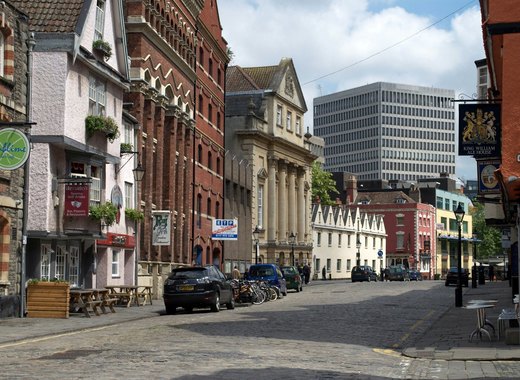 In an effort to protect the city’s hospitality sector, Bristol, along with local businesses launched a landmark project of pedestrianizing King Street – Bristol’s most well-recognized and visited area. Spearheaded by the Bristol City Council and supportive enterprises, the initiative was launched last weekend and has already been recognized as a great success.

The pedestrianization of parts of cities has become an increasingly popular measure adopted by local governments around Europe. Not only do such actions result in increased economic activity – thanks to the expansion of business areas and thanks to the simple fact that more people are walking by - but they also make the city cleaner and healthier – both in terms of the environment and in terms of an increase in physical activity by its citizens.

King Street located in Bristol’s Old City will remain closed to vehicle traffic for a period of six months. The idea is a result of joint work by local authorities and businesses that was finalized over the course of just two weeks. All the necessary traffic legislation was fast-tracked in order to allow for the redevelopment to happen quickly and on time for the summer – for example, changes that would otherwise have taken two months to be enacted were completed in merely a fortnight.

The newly pedestrianized area features an outdoor performance centre as well as the creation of brand-new seating areas around the Street’s hospitality and gastronomy venues. All these new additions to the urban area have been designed so as to comply with the social distancing measures imposed by national and local authorities.

Councillor Nicola Beech, Cabinet Member for Spatial Planning and City Design stated that “The city’s hospitality sector has been hit hard by the Covid-19 lockdown and, as an important part of Bristol’s culture, we’re determined to try and aid its recovery. King Street is an example of collaborating with businesses to build an inclusive and sustainable future, enabling hospitality outlets to maximise the area around them, businesses to continue their work with the minimum of disruption and allowing the street to thrive safely when given over to people rather than vehicles.”