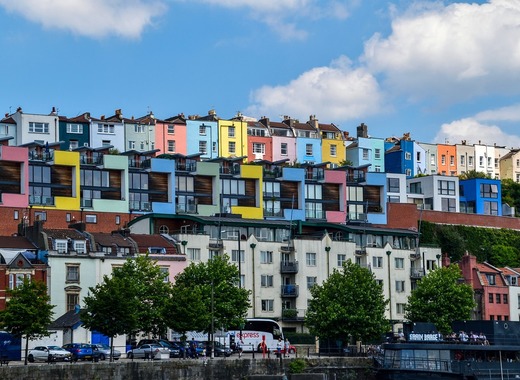 The coronavirus pandemic and the lockdowns that were imposed by governments and local authorities have exacerbated many problems that vulnerable groups across Europe were facing. Many citizens were forced out of the labour market, while others were already struggling – and the ensuing economic downturn has made things even worse.

Yet local governments across the continent have been taking action in order to support their constituents and make sure that they do not go hungry during these difficult times.

Bristol rallies for a common cause

In the city of Bristol, the City Council has expressed its gratitude not only to its own workers but also to the vast numbers of volunteers and helpers who have been aiding the city’s anti-food poverty efforts.

Over the past few weeks, local authorities in Bristol have reported a rapid increase in the availability of food support for those who need it – namely the opening of several new foodbanks across the urban area, a tripling in referrals to food banks and expansion of the operations of the city’s FOOD clubs – rising from 5 to a total of 16 with each one of them being able to support up to 50 families.

Despite the fact that there has been a drastic increase in demand for emergency food supplies, the Bristol City Council is already working on devising a plan to meet the needs of its citizens – and thanks to the great response and support from locals, they are confident they can achieve their goals.

Marvin Rees, Mayor of Bristol, stated that “The way people have stepped up to support their friends, communities and even neighbours they have never met is incredibly humbling. The response has been exceptional, but we cannot rest on our laurels. Thousands of people are facing food poverty, demand has never been higher, and the situation will only get worse as the repercussions of furlough, redundancy and increased applications for Universal Credit take its toll. We are planning for this now, but as a city, we must pull together. In the coming months, we will need more volunteers, more donations and more emergency provision.”