Brno hosts an online tournament on traffic rules and regulations

Those who behave on the road may get prizes 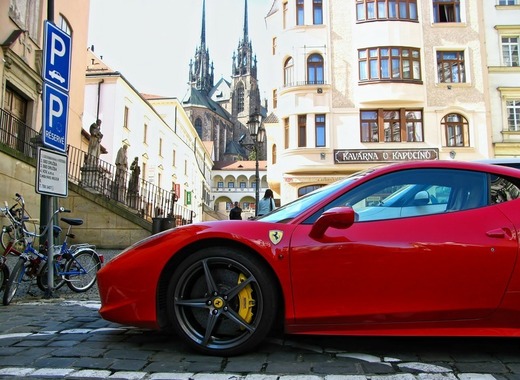 Does having a driver’s license make you a good driver? Certainly not. Especially if some years have passed since you took your last exam and the knowledge of the traffic rules and regulations is slowly fading away.

For local drivers who want to test their memories and driving skills, the Czech city of Brno has prepared an online contest. 90 of the best performers will get material and monetary prizes, and everyone else in Brno might enjoy improved road safety.

Only 5% score the maximum result

The Safe Brno competition (ongoing) has already put thousands of drivers to the test but it is set to attract many more. Here is why the first round has been extended to 20 August. The 90 participants who get the best score and are fast enough will proceed to the next round.

The system randomly compiles a test consisting of 30 questions for each participant. The number of correct answers is evaluated, as well as the speed.

People can participate repeatedly, the system generates different questions each time. The first prize is a voucher of 10 000 Czech korunas (about 380 euros), and 7000 and 5000 korunas are the 2nd and 3rd prizes, respectively. For everyone else who has made it to the finals (from 4th to 90th place) there will also be small rewards.

The questions are prepared by the City Department of Transport. They touch upon theoretical questions and practical situations like who has priority in a given situation, what the police officer’s instructions mean, what the speed limitations are and so on.

Based on the current results, the authors of the competitions judge that it was a very good idea. As Klára Tenková from the Traffic Department summarized it, only five per cent of people have scored the full number of points, as of three days ago. Traditionally the biggest problems are questions on intersections and traffic control by police officers.

Still, regular testing of drivers has benefits other than simply reminding them of some forgotten rules and details of the Traffic Regulations. Competing with other participants and seeing their independently issued score could potentially reduce the widely popular effect of overconfidence among drivers.