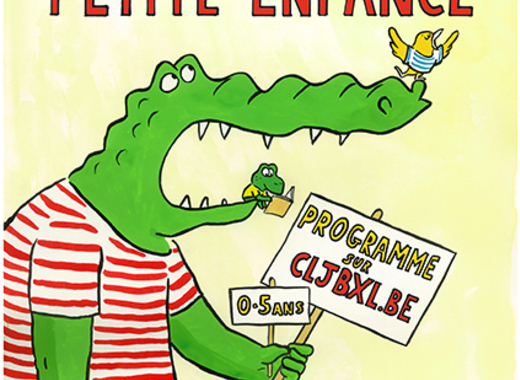 The Fifth Edition of the Festival Bruxellois de la petite enfance (Brussels Festival for Infants), which targets children up to the age of five years, will be held from 1 September to 31 December. These four months will be devoted to literature for infants through the city’s network of libraries, bookstores and associations, the Magic Mountain Theatre and other cultural venues, which will host 395 events throughout Brussels.

There will be something for every taste: cartoons, expositions for children and adults, shows, and meetings with book creators, while professionals will be able benefit from trainings, study days and meetings to beef up their knowledge. There will also be the first “Salon du livre de jeunesse” (Children’s Book Fair), which will take place on 3-7 October at the Heysel. The idea is to look at the various possibilities for developing a love for books among infants since their first years which is fundamental for their future and development.
Source: The Brussels Times