Brussels Zaventem Airport to get own 5G network in March

The project is a collaboration between Brussels Airport Company, Finnish Nokia and Citymesh 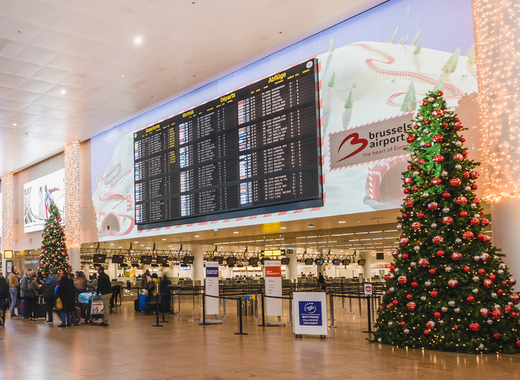 Zaventem Airport, the main airport of Brussels will soon have its own 5G network, announced the Brussels Airport Company. The 5G-ready network is being built in a strategic partnership with Nokia and Belgian operator Citymesh.

Once the project is completed, the innovative solution should enable the airport to increase considerably its operational efficiency and support even further technological innovation. The 5G-ready network at the airport, which is expected to become operational by the end of March, will be one of the first in the country. The fifth-generation mobile network (known as 5G) is expected to be faster and more efficient in comparison to 4G LTE.

Why is 5G network needed at the airport?

A private 5G-ready network offers a more efficient, reliable and faster connectivity than WiFi or public 4G across the airport grounds, reads a press release by the airport company. The improved 5G capacity of the airport is expected to make possible the deployment of new modern technologies, including Internet of Things, automated vehicles, mobile safety systems or track and trace technologies.

“Brussels Airport confirms its pioneering position in digital innovation by installing its own 5G-ready network as one of the first sites in Belgium and as one of the first airports in Europe. In addition to allowing further optimisation of the airport’s operations, the 5G technology will also enable us to accelerate digital innovations and facilitate the integration of future technologies”, said Arnaud Feist, CEO of Brussels Airport Company. In addition, the General Manager of Nokia Digital Automation underlined the importance of airports automation for their efficiency, reliability and operational awareness.

At first, 5G will be providing connectivity outside of the airport grounds, while a second phase envisages installing the service indoors as well, where the utility and usability of several technologies and apps for the airport will be tested.