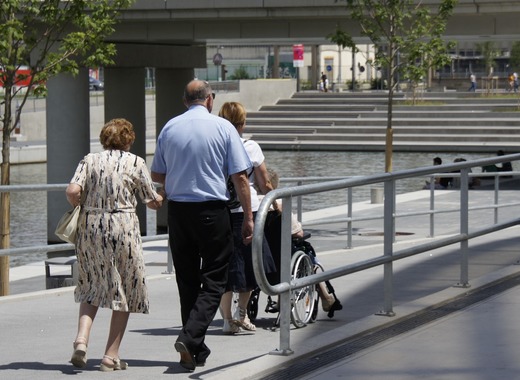 The Romanian capital of Bucharest was named the most wheelchair-friendly city in Europe in a study conducted by the accommodation search engine HomeToGo. The report “Most Wheelchair-Friendly Cities in Europe” shows which European destinations are best-suited to accommodate people with disabilities.

The study might prove to be very useful for people with special accessibility needs who have set their sights on travelling. Winding apartment staircases, small rooms and narrow corridors can make it difficult or even impossible for people with mobility issues to feel at home when on holiday.

For the study, the platform used its database of over 17 million properties, which encompasses all major holiday rental providers, including the most famous Airbnb and Booking.com. Included in the study are only cities with 500,000 or more inhabitants.

Bucharest has the highest overall score of 11.4% of properties listed as “wheelchair accessible,” around 4% higher than the average level for Europe (7.7%). The Balkan capitals of Sofia and Sarajevo, came in second and third place, respectively with 10.41% and 10.20%. The other ranking cities are available in the report.

The three top-ranking cities are all located in South-Eastern Europe, an area that has been seeing more and more tourists in recent years. They all boast a significant growth in annual arrivals of around 15 million compared to figures from ten years ago. Now, thanks to the revelations of the study, it can comfortably be said that these destinations are a perfect choice for those with accessibility needs.

On the opposite side of the spectrum is Copenhagen. The Danish capital is the least wheelchair-friendly city in this ranking, with only 3.25% of properties offering wheelchair access. One of the possible reasons for the low score might be the existence of many multi-story apartment buildings in the city.

London and Bristol in the UK also scored poorly due to the presence of many old and historic buildings that can lack the infrastructure for wheelchairs. The whole study ranks a total of 20 European cities.