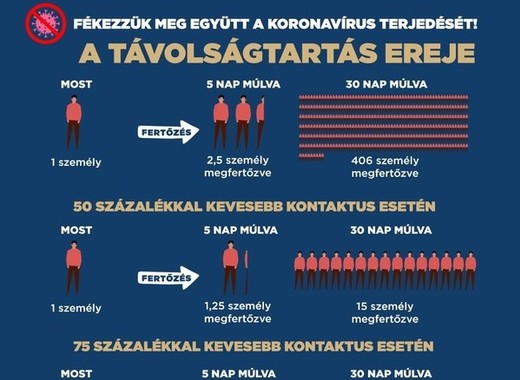 Due to the spread of the coronavirus and the emergency situation in Hungary, Budapest is launching a large-scale social awareness campaign. New posters are to be seen everywhere on public transport operator BKK’s stops and facilities. Along with hygiene suggestions, they draw the citizen’s attention to the need for a drastic reduction of social contacts and the protection of the elderly.

The slogan of the campaign is “Stay at home!” because suppressing social contacts proves to be the best strategy to combat the spread of the coronavirus.

The Budapest City campaign pays special attention to helping and contacting the elderly, with actors, singers and other celebrities appearing and talking about keeping their elderly parents and grandparents at home. For the same purpose, the Capital government will be reaching out soon to the kids of Budapest with an animated film.

In addition, iconographics and other video messages will be posted on the City Hall and Mayor Gergely Karácsony’s Facebook page. Also, Budapest residents will be getting a phone call with the mayor's voice, appealing for social restraint and protection of the elderly.

Hungary has one of the lowest numbers of Covid-19 cases in Europe, but medical experts warn of an upturn in the coming weeks. Of the 85 people diagnosed so far in the Central European country, 10 are Iranian, 1 British, 1 Kazakh and 73 Hungarian.

In line with the State of Emergency enacted in Hungary, the Metropolitan Municipality has already introduced several measures of its own to slow the spread of the coronavirus. They are aimed at reducing pressure on public transport and suspending the operation of cultural institutions in the capital.

For example, public transport vehicles have their first door inactivated and passengers can no longer purchase tickets from the driver. Employers in the capital are asked to introduce flexible work hours, in order to prevent the rush-hour bustle, and encourage home office where feasible.

Directors of theatres run by the municipality are informed to suspend performances. Museums have only a limited reception. The Metropolitan Szabó Ervin Library is also closed.