The pair of candidates with the largest share of the vote, who could not overcome the 50 per cent barrier in the first round, will be given a second chance in the run-offs on 3 November 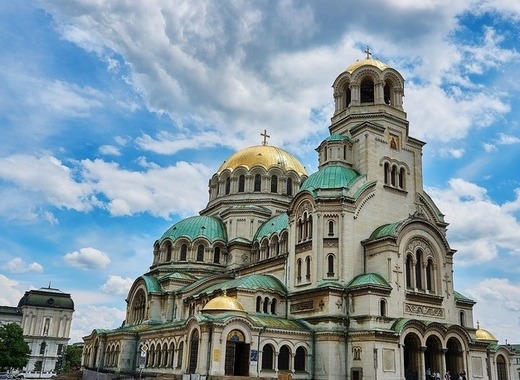 On 3 November Bulgarians will go to the ballot box for a second time in a week, voting for mayors and municipal councils in the run-off to local elections 2019. A second round will be held only in the towns and villages where no one has emerged as an outright winner in the first round, securing an absolute majority of 50 per cent plus 1 of all eligible ballots.

According to Bulgaria’s Electoral Code, regional elections are held in two rounds. The second round is open to those contenders, usually a pair, who have scooped the greatest number of votes, no matter how far apart they stand in election results.

There will be no second round in 9 district capital cities – Vratsa, Montana, Stara Zagora, Burgas, Veliko Tarnovo, Kardjali, Gabrovo, Kyustendil and Haskovo. Those cities now have elected mayors following first round victories. Eight of them are GERB ruling party stalwarts and one, the mayor of Kardjali, is the perennial candidate of the Turkish minority party Movement for Rights and Freedoms (MRF), which is the dominant political force in that region.

It is noteworthy that many of the incumbent mayors in the large district cities have run again – and have won. Record holder among them is the mayor of the city of Montana Zlatko Zhivkov, who secured a sixth consecutive term with the resounding 71,75% share of the vote. He is followed by Hasan Azis, who won his fifth term as mayor of Kardjali with 53,02%. The mayor of Burgas Dimitar Nikolov was re-elected for a fourth term, grabbing 65.83% of the vote.  A sizeable majority (68.63%) of voters in Stara Zagora entrusted mayor Zhivko Todorov with a third consecutive term.

As analysts point out, in some cases, the new credit of trust was a recognition of a job well done, otherwise voters simply didn’t see any real alternative to the present local government among the listed candidates.

Untying the Gordian knot in Sofia

The second round, which will see contending candidates in 97 municipalities, including the district capital cities of Sofia, Plovdiv, Varna, Ruse, Blagoevgrad, Pleven, Pernik, Shumen and Yambol, will be not without surprises.

A complicated entanglement is in store especially for Bulgaria’s capital, Sofia – a traditional stronghold of right-leaning voters. Much-criticized incumbent mayor Yordanka Fandakova (GERB), now in her second term of office, will face independent runner-up and popular ex-ombudsman Maya Manolova, supported by the oppositional Bulgarian Socialist Party, who lagged Fandakova in the first round by just 9 percentage points. The vote in Sofia can swing depending on the choice of supporters of two emerging players – Democratic Bulgaria coalition and Save Sofia citizen’s alliance, whose own candidates have lost the race.