National Day of Culture and Slavic Script in Bulgaria 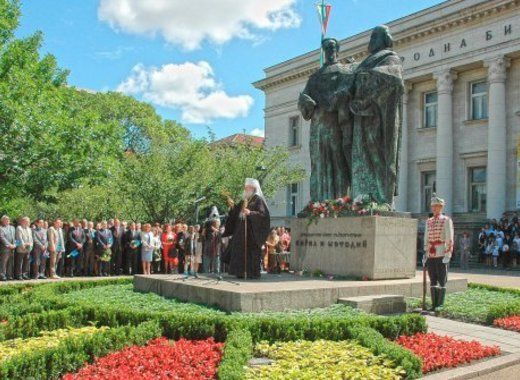 Bulgarians from around the country and the world pay tribute today, May 24, to the legacy of Saint Cyril and Saint Methodius, the creators of the Glagolitic alphabet. Their students later created the Cyrillic script which is currently used by many countries. Bulgaria celebrates May 24 as the day of the Bulgarian Education and Culture and Slavic Script, the official Day of Holy Brothers St. Cyril and St. Methodius - the Byzantine scholars who wrote the first Slavic alphabet in 855 A.D., and translated the Bible and Orthodox Christian religious literature into Old Bulgarian.

The first celebration in commemoration of Sts Cyril and Methodius occurred 158 years ago in a Plovdiv school, currently bearing the name of the Saints. Bulgaria celebrates May 24 as an official holiday under a decision of the National Assembly dated 30 March 1990. Traditionally, the holiday is celebrated in every Bulgarian city.