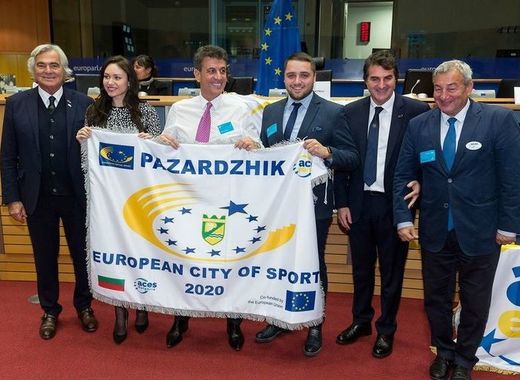 The local taxes and fees of families in Pazardjik municipality in Bulgaria whose children play sports are to be reduced by 30%. This has been suggested by Mayor Todor Popov and Reneta Kamberova, who is responsible for the sporting activities in the municipality. Kamberova was a member of the Bulgarian Rhythmic Gymnastics ensemble, which won the 2011 World Championships in Montpellier, France. Their idea is to reduce the tax burden on families whose children play sports, while encouraging more kids to embrace the healthy activity.

The proposal will be submitted to the Pazardzhik City Council in early 2020, with the aim of beginning to be implemented the same year. However, the 30% tax rebate will only apply if the child has been filed in the relevant national federation and takes part in competitions, not just being formally enrolled in a sports club.

"We are working on a system through which we will receive information about all sports children. For 2020, as a" European City of Sport "we are organizing over 150 events in Pazardzhik - competitions, sports festivals, round tables and more," Todor Popov told Bulgarian National Radio.

On December 10, Mayor Todor Popov, the "golden girl" Reneta Kamberova and municipal councilor Alexander Ivanov received the banner and the designation "Pazardzhik - European City of Sport 2020" at an official ceremony at the European Parliament in Brussels. Acknowledgments are given by the ACES (Association of European Cities and Capitals of Sport), which is dedicated to using sport to improve people's quality of life.

Pazardzhik will be in the company of a dozen other "European Cities of Sport" such as Cosenza in Italy, Cakovec in Croatia, Milton Keynes in England and Limassol in Cyprus.

There are 12 sports thriving in Pazardzhik municipality and prestigious domestic and international tournaments are regularly held there. In 2018, the local Heber team won the Bulgarian Volleyball Cup, regaining the city's past glory in this sport. Todor Popov has also resurrected a sports school closed in 1996, which was one of the leading schools in Bulgaria.

"Physical activity is a personal example, and we want to create a new model to get more people to exercise, and this is especially important for adolescents," commented Mayor of Pazardzhik, quoted by BNR.