To celebrate the 70-year anniversary of the Lithuanian Partisans Declarations, Šiauliai is launching a special project 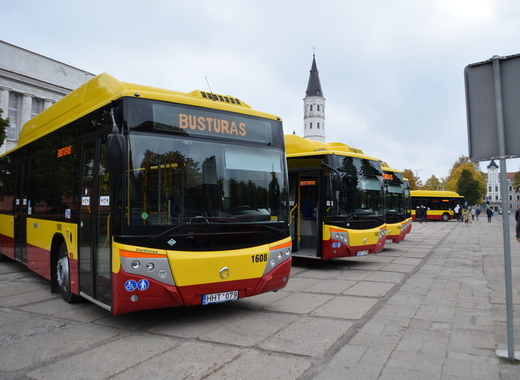 This year Lithuania celebrates the 70-year anniversary of the Lithuanian Partisans Declaration. It’s a document created by the partisans fighting Soviet occupation that declares the country a free, independent and democratic state. In 1999 the declaration was recognised as a legal act by the Lithuanian parliament. To commemorate the anniversary, the mayor of Šiauliai, Arthur Visock, and the Šiauliai Cultural Centre reached out to the administration of Vilnius that had already celebrated the occasion in previous years. The administration of the capital was more than eager to give 8 buses to Šiauliai – each of them depicting one of the partisans that signed the Declaration.

The mayors of both cities highlighted the importance of cooperation between administrations and cultural centres. According to Arthur Visock the teamwork at display when carrying out such historically important projects truly showcases the growth of the nations that the partisans fought to preserve. He went on further stating that such great ideas are the rule, not the exception and that during his term, the citizens of the city will feel like a part of a common vision for its future.

You will be able to spot the buses roaming the streets of Šiauliai until the end of the year and with them begin your journey into Lithuania’s rich history.