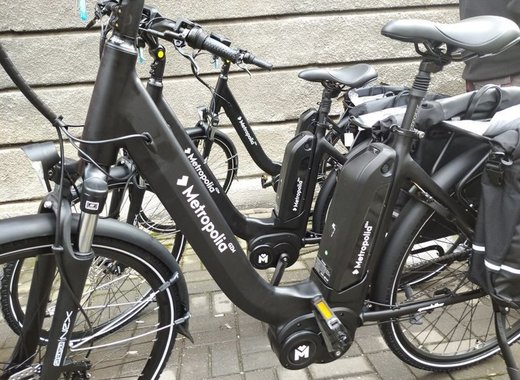 Bytom is yet another city to integrate electric bikes into its urban mobility system. This happened on Thursday as part of the bicycle-friendly Metropolis program implemented by Upper Silesian Metropolitan Area (GZM).

The news bikes are lightweight, stylish and very easy to use, but above all they are eco-friendly. The new electric vehicles will serve city officials, guards and policemen in Polish Bytom. The bikes are expected to facilitate their movement, especially in places where it is difficult or even impossible for cars to enter.

10 of the bikes have already been delivered. Powered on 500 Wh lithium-ion battery with electric support, they allow around 60 kilometres of travel on a single charge. Furthermore, bicycles are equipped with wide bags and locks for improved safety and comfort.

Last but not least, these bikes have full fenders that allow you to travel in an upright position in official attire. This is of utmost importance to people willing to travel by bicycle to work.

230 of these electric bikes will be distributed to 41 cities in the metropolitan area of Upper Silesia, from which Bytom is a part. Photo by metropoliagzm.pl

“We are open to innovations, especially if they are environmentally friendly and contribute to increasing ecological awareness” explained city President Mariusz Wołosz for the municipal portal. “Our city has been speaking for years that the bicycle is an equivalent means of transport. Bicycles will not only facilitate our work, but will also allow us to look from a different "cycling" perspective on topics related to public transport or the planned modernization of roads” the mayor continued.

Bicycles – an integral part of modern mobility in Upper Silesia

Altogether, the metropolis purchased a total of 230 bicycles, which are currently being transferred to 41 cities and municipalities, including Bytom. Kazimierz Karolczak, chairman of the board of the Upper Silesian Metropolitan Area further explained that cycling is an integral part of the modern and ecological urban transport.

This is the reason why they decided to make the bike an "official" means of transportations for authorities.