Can you imagine 100 climate-neutral cities in Europe in 2030? 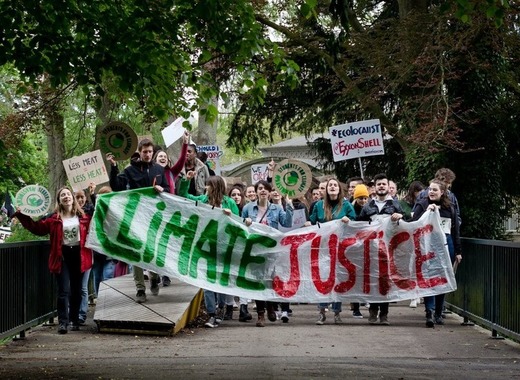 We are right in the midst of the European Research and Innovation Days event, hosted by Brussels for a second year in a row but taking place virtually (22-24 September). Counting with over 100 sessions and panels and 29 000 participants, it is considered the continent’s most ambitious reckoning with its state of scientific progress.

This year, it is especially important because the EU wants to change the way it does and promotes science. With the new Horizon Europe framework program which will begin in 2021 it wants to set specific goals and solutions to concrete societal problems. Among them are the impact of climate change and the role of cities in it. That is why one of the five proposed missions wants to have at least 100 climate-neutral cities in Europe by the year 2030.

The European Commission has found that more can be done about science and innovation and it can be done better. One of the shortcomings that need to be overcome is to understand that science should not be locked away in labs with little regard to the concrete needs and expectations of the citizens.

“I believe that only together can we realize our ambitions by implementing the three 'C's': coordination, competences and capital. This means first coordination and cooperation between all stakeholders - business, public authorities, civil society. Secondly, we need to mobilize all the talent we have – that means the European citizens. Third, but of equal importance, is access to capital,” said EU Commissioner Mariya Gabriel at the opening of the European Research and Innovation Days.

In other words, European authorities want to see a model of scientific governance that will be forward-thinking, will involve all stakeholder groups from society and will hopefully serve as a model for other countries in the world.

To that end, five mission areas to work on have been identified. Each of these counts with a board of experts, whose goal was to consult the citizens throughout the year and propose specific mission goals to the European Commission.

By now, practically everyone has heard of the European Green Deal – the instrument that aims to make the continent climate-neutral by 2050. But where do we start?

The answer is provided by one of the expert-proposed missions called “100 Climate-Neutral Cities by 2030 - by and for the citizens”. It calls for the introduction of a new system of urban governance which will be multi-level, interactive and will actively involve the citizens.

In the opinion of the experts, reaching climate neutrality is not (only) a question of technology but of collaboration, transparency and leadership. A new mechanism called Climate City Contract will be introduced which will hold as a precondition the active involvement of city residents whose initiatives will receive EU funding.

The missions for climate-neutral cities will be discussed along with proposals for four other mission areas, namely conquering cancer, adaptation to climate change, regeneration of oceans and waters, and the promotion of healthy soils and food. The EU Commission will launch the missions as part of Horizon Europe next year.