Cannes to open first underwater museum in France in 2020

Far from just a tourist attraction for divers, it has an important environmental mission

Cannes will very soon be the host of the first underwater museum in France and the Mediterranean. Following the meeting of the local council in the French city on 18 November, it has become clear that a new eco museum will spring up south of Sainte-Marguerite island by the end of next year.

The museum will consist of six art pieces by English underwater sculptor of world renown Jason deCaires Taylor. They will be submerged and lowered into the water until they reach the seabed. Each of them will weigh eight tonnes and will be two metres high. Together they are expected to cover an area of 54 square metres.

This project is not the first for the artist, engaged in the protection of the environment who has been responsible for the creation of over a thousand water sculptures so far. In 2006, Jason deCaires Taylor opened the first similar museum in Molinere Bay. Earlier in November, he attracted media attention with The Pride of Brexit composition, consisting of three struggling lions washed on the shore illustrating the state of Britain in the past three years. 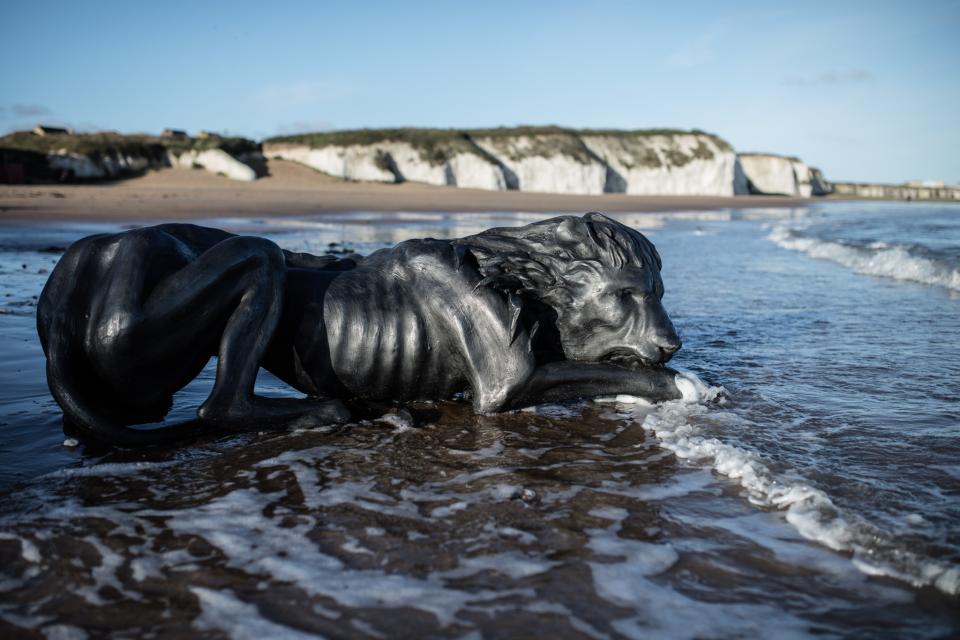 This new art form blends with traditional aesthetics, with the aim of raising awareness for the broad health of the environment and to highlight specific concerns. Thus, the deCaires Taylor underwater museums appear in locations all over the world, reflecting the global problems that affect underwater biospheres. While the groups of sculptures can be conceptually viewed as a museum, each individual piece conveys its own personal message.

This way the underwater museum is much more than an artistic expression turned into a tourist attraction for divers and underwater photographers. Large submerged items in general, be it intentionally or not, can turn into artificial reefs and give lay foundations for the birth of corals and fish. This way they help restore the underwater ecosystems where this is needed the most.