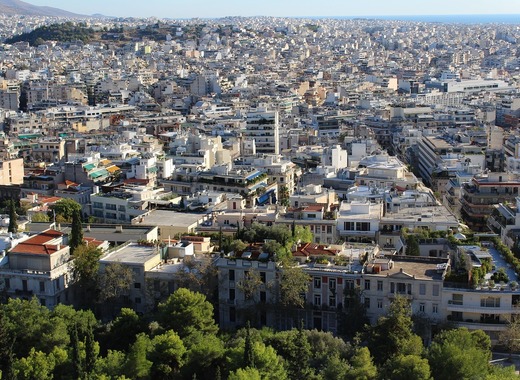 The Greek government, alongside local authorities from the capital of Athens reached a joint decision on restricting vehicle access to the centre of the city earlier in May. The main reason for such a sudden and drastic change is the coronavirus pandemic which has created a demand for more space for pedestrians so that they can safely adhere to social distancing rules and regulations.

Despite the fact that Greece has successfully managed to contain the spread of COVID-19, both local and national authorities do not want to drop the ball and are actively working on preventing a 2nd wave of the disease. That is why such decisions are justified, believe officials.

For the benefit of all

Starting in mid-June and for a period of 6 months, car traffic will be prohibited in the following places - Mitropoleos, Ermou, Athinas, Stadiou, Metropoleos/Ermou from Athinas Street to Agion Asomaton, the streets in Plaka. Meanwhile, other, more mild measures will be in place in Eleftheriou Venizelou (Panepistimiou), Filellinon, Vassilissis Olgas and Irodou Attikou. Exceptions will be made for officials and for store deliveries that are essential for their functioning.

Such a move would allow not only for social distancing to be respected but could also lead to a complete makeover of the Athens city centre. By turning towards pedestrianization, the city will not only become healthier and more active but would also significantly reduce its environmental footprint.

Furthermore, coinciding with the reopening of the summer tourist season, bars, cafes and restaurants within the city centre will also be able to find more space to occupy – in times when it is precisely space that has become an increasingly valuable commodity as more of it is required if businesses want to function properly. Similar actions have already been taken in other European cities like Munich and Helsinki, where public spaces are already being converted into something usable by surrounding businesses.