Just 30 minutes after 700,000 euros worth of grants for the purchase of cargo bikes were made available, they were already exhausted and claimed by citizens 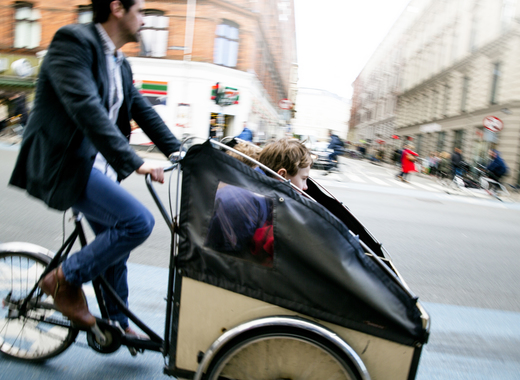 A mere 30 minutes after being made available, 700,000 euros in grants for the purchase of cargo bikes were claimed by citizens of Hamburg. Cargo bikes have become an increasingly popular mobility alternative as they give users – especially families – an excellent method of transportation without resorting to cars or other more polluting vehicles.

A display of sustainability credentials

Earlier this week, on Tuesday 1 September, authorities in Hamburg released made subsidies available for anyone who wishes to purchase a cargo bike. The state was ready to cover up to 33% of the cost of each purchase – up to 2000 euros for e-cargo bikes and up to 500 euros for normal ones.

The 700,000 euros made available on Tuesday were a follow-up to an earlier scheme that also proved to be incredibly popular. Back in the Autumn of 2019, the government allocated a total of 1.5 million euros for the purchase of such vehicles, which were once again quickly claimed by eager and interested citizens.

Talking about the viability of cargo bikes and the importance of government funding for the practice, Hamburg’s Senator for the Environment Jens Kerstan stated that “Cargo bikes are climate-friendly, they are an important component of the traffic turnaround - especially in a megacity. The market offers more and more exciting and practical models. Having a cargo bike in the household can make it much easier to do without your own car. We have now continued the #moinzukunft funding program with 700,000 euros. Both private individuals and commercial enterprises were able to receive a grant from our program for a cargo bike. I hope that this will trigger a further boost in order to see even more cargo bikes rolling on Hamburg's streets and bike paths in the future."