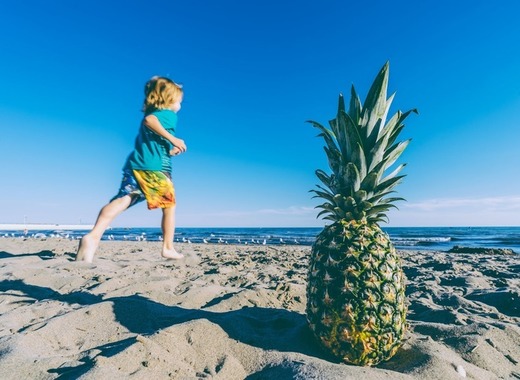 The first school day is around the corner and administrations all over Europe are scrambling to organize the annual return to the classrooms in these unusual times. The Generalitat (as the Catalonian regional government is known) is also concerned with the proper eating habits of the youngsters. That is why it has announced two plans, at a combined budget of nearly 4 million euros, that will supply fresh fruit, vegetables and milk to the school cafeterias.

Child obesity has been a persistent problem, especially in Southern Europe

The budget that has been approved will be split as follows: almost 2.4 million euros will go for fresh fruit and vegetable supply to the schools and another 1.4 million euros will be used to get milk. This money also includes funds for the promotion of the consumption of these products, as opposed soft drinks and junk food.

It is perhaps ironic that the countries where the famous for its health benefits Mediterranean cuisine originated are experiencing the worst rates of childhood obesity on the continent. That is why the regional government wants to roll back this negative trend and reintroduce the regular eating of fresh products as a habit.

The provisioned plans are expected to provide 300 000 children with at least 18 fruit and veg servings and 12 litres of UHT full-cream milk to each student throughout the entire school year. The measure will cover around 1300 schools in Catalonia and is aimed at children between the ages of 3 and 12, as the early years are considered essential for the development of proper habits as well as for the intake of nutrients for good growth.

These plans have been in existence for 12 years now and are enjoying a widespread acceptance and are thought to be showing satisfactory results. They are also supported by the European Commission. As for all the food that could not be used earlier this year due to the cessation of school activities, it was donated to the Food Bank organization.