The main goal of this project is to preserve the memory of different communities and identities that along the centuries have inhabited the region - Muslims, Christians and Jews 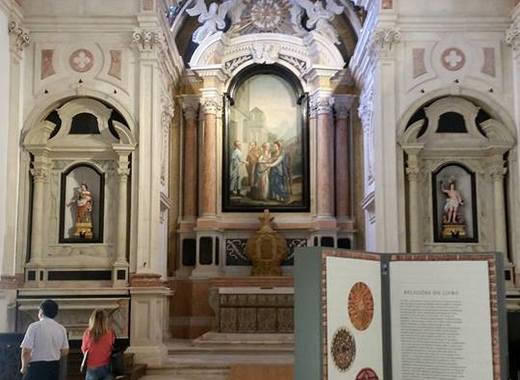 Center of Intercultural Dialogue of Leiria (CDIL) received more than 17 thousand visitors during its first year of activity. Between July 26, 2017, the date of opening to the public, and July 22, 2018, the total number of visitors reached 17 745, divided between the two tourist polos of this center - the Mercy Church – Igreja da Misericórdia – and the Painters’ House – Casa dos Pintores. According to Gonçalo Lopes, the city councilor for Culture in Leiria Municipality, these figures support the aim of the project to have a structural impact in the region. The ambition of CDIL is to become a reference in the cultural program of the county and to help the candidature of Leiria for European Capital of Culture in 2027.

In the first year of operation there were countless cultural activities developed at CDIL, in which the Festival of Museums, International Museum Day, Leiria Music and Dance Festival "Beira Rio" and "A Porta" Festival stand out. For the constitution of this museum space were invested more than 570 thousand Euros in the restoration of the old church of Misericordia and for the museum project in general. With a cultural, ecumenical and tourist objective, the Center for Intercultural Dialogue intends to interpret the presence, throughout the centuries, of three important religions in Leiria. The main goal of this project is to preserve the memory of different communities and identities that along the centuries have inhabited the region - Muslims, Christians and Jews.