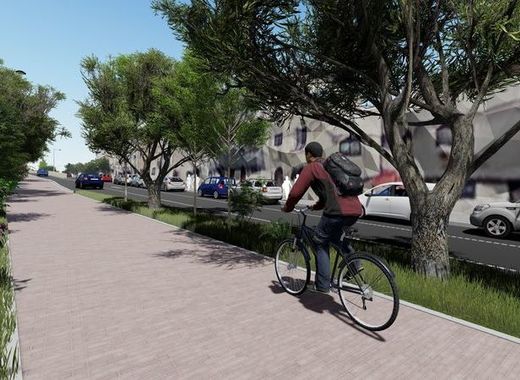 Infrastructure Malta announced the final approval for the Central Link Project. It will connect Mriehel, Birkirkara, Balzan, Attard and Ta`Qali. It has been listed as a priority project in both transport strategies and local development plans.

The project was initiated in 2018. Since then, however, several court appeals were filed against it from different individuals. At the end of February, the court turned down the latest appeal thus giving the green light for the project to start.

Central Link Project will be one of the major infrastructure projects in Malta with many benefits for the population and the environment. Central Malta is not very well connected which leads to serious congestions, loss of time and economic benefits as well as high levels of air pollution with particulate matter and NO2.

For years, residents of these areas saw the limitations of the existing infrastructure which is evidenced in two surveys carried out in 2018 and 2019. They want quality roads that will save time and increase the safety of travellers.

According to studies conducted before the beginning of the project, several improvements shall be expected:

The main activities under the project will include:

The project has also been confirmed by the positive Environmental Impact Assessment and deemed sustainable by independent experts. It is expected to be completed in 2022 and will cost over 55 million Euros. It will be implemented with the support of the European Commission.