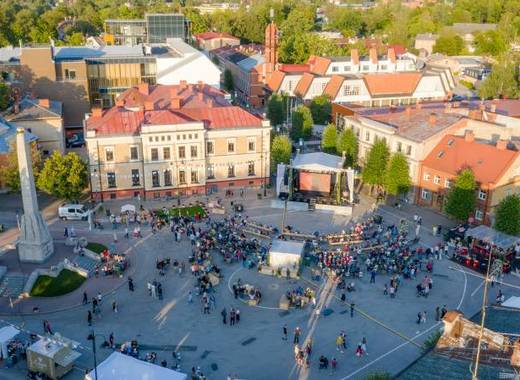 With lockdowns and social distancing measures in place, as well as bans on massive public events and gatherings, cities across Europe have been getting creative in digitalizing their most important holidays.

The Latvian city of Cesis, for example, is set to turn 814 years old this year in July. It was first founded in 1206 and is the country’s 3rd-oldest city and is also the birthplace of the Latvian flag. The celebrations of this monumental occasion usually take the form of a grand festival – the biggest one of its kind in the entirety of Cesis throughout the year.

Adapting to a different world

But with the ever-present threat of COVID-19, authorities in the Latvian city have decided that it would be impossible to hold the city’s traditional birthday celebrations in a regular manner. Instead, they will be going digital, thus making Cesis 814 the country’s first virtual city festival.

This year’s festival is held under the theme “Celebrate Together!” and will take place on 18 July. The name of this year’s iteration of the holiday was chosen deliberately by local authorities in order to emphasize the shared sense of community felt by citizens of Cesis in the times of the coronavirus pandemic.

Andra Magone, the director of the Cesis Culture and Tourism Centre stated that "Of course, we had other plans for this year. We understand very well the cities that chose to cancel their holidays, but "Cēsis 814 "is a tradition that we wanted to preserve most of all, so we were looking for new ones - including digital ones - ways of planning and carrying out the celebrations, even if the restrictions on gatherings are maintained.”

In order to maintain the spirit of the event, it will be streamed in its entirety live on the internet, as well as on local TV channels, thus making it available to everyone in the city wishing to tune in and enjoy the things that they might miss the most during quarantine – namely the sense of community that has been forced back due to social distancing measures.