Checkpoint Charlie to be renovated and transformed 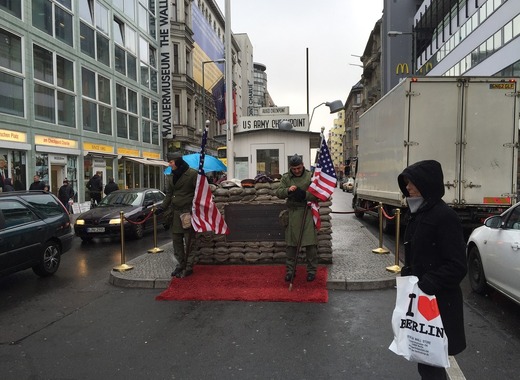 Checkpoint Charlie – the guardhouse of the Western Allies at the Berlin Wall – or its current replica, is one of Berlin’s most visited locations. While locals are not particularly interested and engaged with the sight, tourists from all around the world venture to where the Berlin Wall once stood and take pictures at the iconic checkpoint.

Last month, Germany and Europe as a whole celebrated 30 years since the fall of the Berlin Wall, marking an end to divisions that separated the entire continent for decades. In preparation for the festivities and pilgrimages to the location, the local government of Berlin undertook certain steps to protect its historical significance – for example, it banned actors from impersonating U.S. troops around the Checkpoint, waiting for eager tourists to take a picture with them.

Local authorities recently reached a consensus on new solutions – not merely band-aid fixes to solve individual problems, but a whole new approach to the area around Checkpoint Charlie.

In an effort to protect the historic location from private businesses aiming to make as much profit as possible from the area, authorities have decided to transform it themselves.

Following months of consultations with citizens of Berlin, the local government has announced its plans for the square. Sometime next year, the area around Checkpoint Charlie will be transformed into a public area, hosting a Cold War museum, as well as residential buildings boasting some 300 apartments – some of which will be used for social housing, aimed at alleviating the German capital’s housing issues.

Reaching this solution was not easy – but time was not on the side of local politicians. A temporary development ban in the area was set to expire early next year and authorities had to move fast in order to prevent businesses from taking over. It would appear that they have succeeded – just in the nick of time. The government’s plan is expected to be voted through sometime in February 2020.