There's an 18-month waiting list to dine in D'O 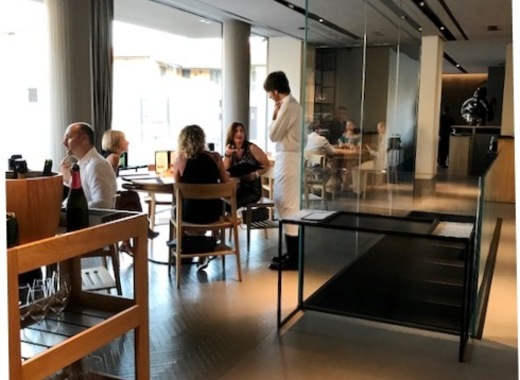 Davide Oldani, the creator of Cucina POP - high quality and accessibility - opened his restaurant D'O, in 2003, in his hometown of Cornaredo, near Milan and received a Michelin star only one year later. There's an 18-month waiting list to dine in D'O. The motto of the famous restaurant is that “Even before customers leave the restaurant, they should have the desire to come back.”

Named by the world’s most authoritative food guides as one of the greatest chefs of contemporary Italian cuisine, he received many awards in the recent years. Davide Oldani was awarded the Ambrogino d'Oro by the City of Milan. He has been named Ambassador Expo 2015 and in the same year he took part as speaker at the World Business Forum in Milan.