Christian Zammit: For infrastructural works, the pandemic was a blessing in disguise 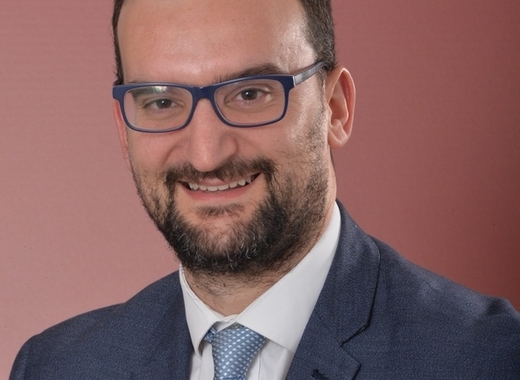 Dr Christian Zammit (38) is a law graduate who has been active in local politics for a good number of years. He was first elected as Xaghra Local Councillor in 2007 and became Mayor in 2019. Zammit also ran unsuccessfully in the European Parliament Election in 2009, whilst becoming the first Gozitan Labour Party candidate to run for such a post.

Dr Zammit, how would you describe the town of Xaghra briefly? What does the name refer to?

Xaghra is a gorgeous town situated in the North-East of the island of Gozo, Malta’s smaller sister island. It is situated on a rocky plateau, and that is most probably what its name is referring to.

One can enjoy breath-taking views on the bays of Ramla and Marsalforn, and even on the Gozo Citadel, from one of the many panoramic spots in Xaghra. A number of bountiful valleys full of citrus trees and vineyards surround this plateau.

The locality is home to the extraordinary UNESCO World Heritage Ggantija Temple complex. How do you maintain and promote local cultural assets?

The Ggantija Temples are one of the most important assets of Xaghra. These majestic temples pre-date the pyramids of Egypt and Britain’s Stonehenge by almost one thousand years.

Ggantija is nowadays one of the most visited sites in the Maltese Islands and we will continue to strive to make it a more welcoming one. The Visitors’ Centre inaugurated a few years ago is one huge step in the right direction.

The cultural sites, including the Calypso cave and the picturesque beach of Ramla Bay make the town a popular tourist destination. What was the summer season like, considering the coronavirus pandemic?

The Covid-19 pandemic has hit hard the Maltese Islands from an economic perspective since tourism is one of the major keys of our national economy. Tourism amounts to practically half of the Gozitan economy and many jobs rely upon this sector.

This summer, Gozo’s catering and hotelier industry focused on internal tourism and attempted to aggressively tap this niche. In fact, many Maltese travelled to, and had a holiday in Gozo this summer, eventually giving vital support to our struggling restaurants, bars, hotels and self-catering establishments.

Our red sandy beach at Ramla Bay was a popular destination for many of these Maltese tourists during the whole summer.

Were you able to implement any local initiatives to help the population and businesses get through the difficult health and economic situation?

The Xaghra Local Council, along with other councils, launched an online virtual platform bearing the name YouSafeXaghra which is regularly updated the latest news with regards to pandemic prevention and public notices. This platform also provided to local citizens a whole list of businesses in Xaghra that provide home deliveries of their services.

Moreover, the Council closed Xaghra's main square twice a week on Thursday and Saturday evenings during summer, first and foremost so it can be enjoyed by the locals and tourists as a pedestrian zone, and also to help the many bars and restaurants operating there. The Council also actively encouraged citizens to assist other citizens during these difficult times, particularly the elderly citizens.

The pandemic hit your locality only months after you assumed the term of Mayor in 2019. Did that change your plans for the development of Xaghra. What major improvements are you planning for the near future?

When it comes to infrastructural works, this pandemic turned out to be a blessing in disguise, since many works could proceed in a faster manner, given that traffic on the roads was scarce. However, in the long term, I would like to complete the masterplan for the whole town core, which after a study, the Xaghra Local Council has awarded to an architectural firm following a public call.

This masterplan will not solely cater to traffic issues, but also delve into many other issues of touristic, cultural and aesthetic relevance. I would like to have more greening projects in our locality, and moreover, continue my personal campaign to appeal for a reform of the planning policies concerning Gozo, which need to be changed once and for all, since some development is ruining our beautiful towns.

Last but not least, I will continue to work hard until Ramla Bay becomes a non-smoking zone whilst removing from its beach the huge amount of cigarette butts lying in the sand.

Is there a good practice or initiative in your locality that you would like to recommend to the other mayors in the European Union?

My advice would be to keep constant communication and dialogue with the national authorities, particularly the Ministry responsible for Gozo affairs.