Christmas on ice in Tartu 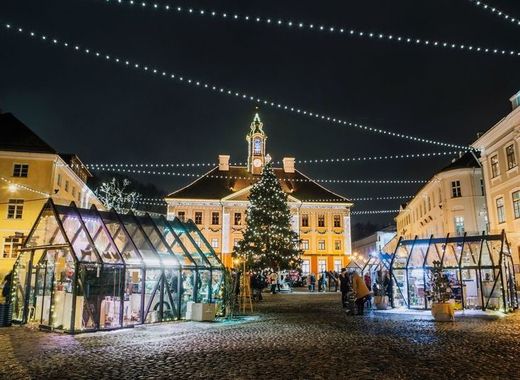 A team of Finns and Estonians will start building a 1 000 sq m skating rink this week on Tartu's Town Hall Square. The facility will surround the iconic Kissing Students’ Fountain and will become part of Valgusküla, the Christmas Village of Light. The rink will open at the end of November, well in time for Advent, and close in the second half of February.

Estonia’s second-largest city has been dreaming of an ice rink in the historic centre for many years but, apparently, such an attraction has not been among the city budget priorities. Now, the dream is coming true thanks to private Estonian company OÜ Giga Investeeringud which has provided the ice and maintenance for free. The mechanism to be installed can be compared to a large refrigerator.

According to Tartu Mayor Urmas Klaas, dreams are often realized in cooperation. "This is a beautiful gift for Tartu residents and guests at a time when being in the fresh air is especially popular," Klaas said, quoted by the city website.

The skating rink on Town Hall Square is initially planned for three winters, but the entire technical solution and new lighting technology can be used elsewhere in the city afterwards. Use of the skating rink is free of charge, and skates can be rented from a nearby pavilion.

Due to the spread of coronavirus, many events, which traditionally take place in Town Hall Square, including the lighting of Advent candles, have been cancelled this year. Anyway, the Christmas Village of Light will be luring visitors from 29 November with its illuminated glasshouses, a straw pavilion, coffee and gingerbread stalls, sleigh and pony rides, light dance performances, a Christmas tree and a family of super-chickens.