Circular Berlin, Leuven2030 and the City of Lousada are the finalists of the 2019 Transformative Action Award 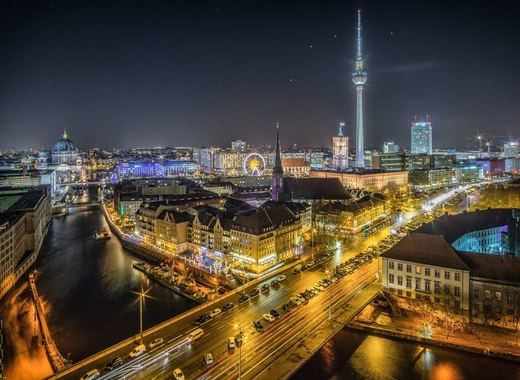 The European sustainability award is organised by ICLEI (a global network of more than 1,750 local and regional governments committed to sustainable urban development), the Basque Country and the City of Aalborg (Denmark). It is  supported by the European Committee of the Regions (CoR) and the European Investment Bank (EIB).

The Award recognises ongoing or concluded Transformative Actions, which use the 15 pathways outlined in the Basque Declaration to contribute towards the implementation of the Sustainable Development Goals and the Paris Climate Agreement, and the achievement of the socio-cultural, socio-economic and technological transformation of societies.

The jury picked Circular Berlin “for advancing circular economy in the German capital, through providing platforms for engagement and knowledge exchange and supporting local actors through collaboration”. Leuven2030 was selected “for bringing together all local stakeholders to create a comprehensive roadmap to a carbon-neutral future, and for creating an innovative governance model to implement it”. The City of Lousada was shortlisted “for using environmental education to promote environmental practices, inspire and support alternative ways of creating conservation areas and job opportunities, and reconnecting local citizens with their rural landscape.”

Swedish city gets a special mention

From the strong field of 40 applications, the jury also singled out the Swedish city of Umea for a special mention for their transformative action, which consists of a public library for sports-equipment, toys and leisure items for children.

“The Award celebrates the ambition of cities and municipalities to create sustainable communities,” said Karl Heinz-Lambertz, President of the European Committee of the Regions and host of the Transformative Action Award Ceremony. “It sends a clear message that local democracy and citizen engagement are the driving force for a sustainable future,” he added.

The winner will be announced at the award ceremony which will take place on 21 November 2019 at the European Committee of the Regions (CoR). The winner will receive a trophy and €10.000 to kick-start a Transformative Action in their city, region or municipality.