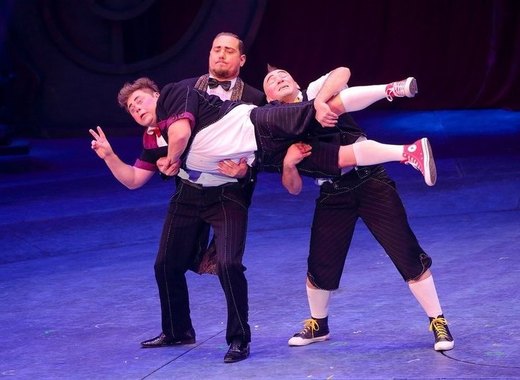 The  Budapest International Circus Festival, one of the most prestigious circus events in the world, catapulted into its 13th edition on Wednesday with the festive arrival of artists from four continents, reported MTI.

A foretaste of the festival proper was the premier, on January 7, of the performance ‘Saint Witch’, produced by the Capital Circus of Budapest. The audience at the Hippodrome – MACIVA Artist Colony in Budapest watched an entrancing story of love and time, focused on the affair of an ethereal woman with a mortal instrument maker in a fairytale world of witches, demons and humans.

This year’s festival features A and B competitive programs with the participation of renowned artists, judged by a professional jury. What sets Budapest International Circus Festival apart from similar events is that the directors of Hungarian traveling circuses form a separate jury that awards the best performances of its choice.

On January 10, the Newcomer Show will highlight the excellence of domestic circus talent, represented by graduates of Imre Baross Artist Training Institute. On the same date is the Lyrical Circus Late Night Show, a symbiosis of poetry, music and artistic performances.

There are two programs that accompany the festival. The International Professional Conference, held under the auspices of UNESCO at the Museum of Fine Arts, deals with current issues in the domestic and foreign cultural heritage of circus art. On January 10, the European Circus Association (ECA) will hold a technical conference at the Museum of Agriculture. The two major themes of the symposium are artist education and the education of children traveling with the circus.

The 13th Budapest International Circus Festival will end on January 13 with an award ceremony.

On a par with Monte Carlo and Moscow

The first Budapest Circus Festival was held in 1996 and thanks to the exceptional management and artistic skills of Hungarian professionals, soon proved to be the equal of the greatest festivals of the circus world such as Monte Carlo and Moscow. This year, the Festival Organizing Committee will strive to achieve a world-class event, following its dream-goal: the construction of a National Circus Arts Center.

For the full program and ticket prices please check the webpage of the event.