Cities getting ready for the Polish Cycling Capital Cup 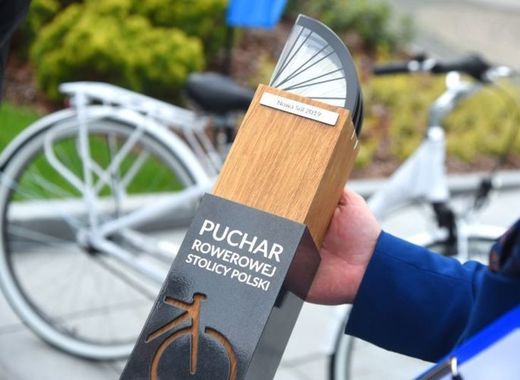 43 Polish cities have confirmed their participation in the second edition of the Polish Cycling Capital Cup so far. This year the sports event will take place in May and sets out to beat the existing record for average kilometres per citizen driven. The city that wins the competition receives the provisional "Cup of the Polish Bicycle Capital" which, in the case of three consecutive victories, remains permanently in the possession of the winning city.

How to join the cycling competition

The bike is an ideal solution in urban spaces with often congested traffic. It is emission-free, healthy and an increasingly fashionable means of transport from year to year, remind authorities in Bydgoszcz  which initiated and  organized the event. Believing that bikes are the solution to creating a smog-free future, the city wants to promote an active and healthy lifestyle and implement the idea of ​​smart city.

Both cities and individual cyclists are free to participate in the Polish Cycling Capital Cup. Everyone who rides a bicycle and owns a mobile phone can download the free application from the app store (Rowerowa Stolica Polski) and choose the city for which they want to collect kilometres. Participants ride bicycles in a month of competition while the app records routes and their lengths. Finally, the points for each team are calculated based on the number of inhabitants of the city and the distance covered. The application works all over the world, which is why every participant, regardless of his location, can accumulate kilometres for the victory of his team.

Once the competition is over, each participating city will receive detailed statistics about its participants and the so-called "Heat map", which shows in detail which roads, paths or trails have been followed. Such synthetic data will certainly facilitate future planning of new bicycle paths or small cycling infrastructure in the city.