Citizens of Bratislava rally to anti-gambling cause

Alongside voting in the extraordinary parliamentary elections, citizens will be able to support the restriction of gambling in the capital 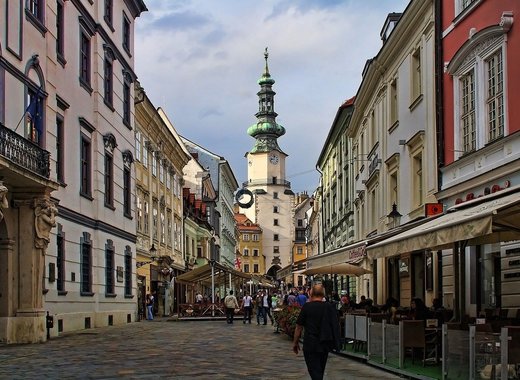 Slovakia is heading to the polls on 29 February 2020. Citizens are set to cast their votes in snap national parliamentary elections that will determine the course of the country.

Yet residents of Bratislava will have another opportunity to shape the future of their own local community – namely they will be able to sign petitions for the ban of gambling in the Slovak capital over the course of the day of the vote.

Citizens of Bratislava have been rallying to the cause of imposing restrictions on the local gambling industry for years – with moderate success.

Not they are being asked to case a final vote on the vice’s future in the Slovak capital. On voting day, one will be able to find hundreds of volunteers outside of polling stations collecting signatures for a ban on gambling within the premises of Bratislava.

The citizen-led initiative is also supported by local authorities – members of the Bratislava City Council, as well as several district and city councillors, have declared their support for the move.

Yet banning gambling comes at a cost, according to the municipality. The loss of tax revenue will lead to a hole in the city budget amount to around 2.5 million euros. Although, the problem will not come up immediately, rather said hole will gradually grow, as gambling venues slowly begin losing their gambling licenses due to their inability to renew the documents necessary to operate on city premises.

Gambling has been a point of contention in Slovakia for years. Many cities, most notably Nitra, have been waging their own wars against their local gambling industries. With citizens of Bratislava banding together yet again under the banner of a common cause, they might be able to achieve similar success.