Citizens of Frankfurt band together in times of crisis 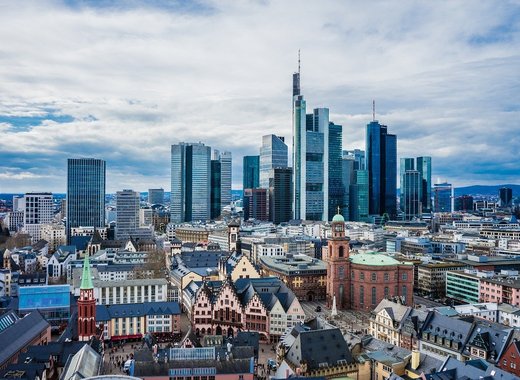 When the coronavirus crisis first struck many people’s first instincts were to look out for themselves and their families. But when social order was maintained and it turned out that hoarding and similar behaviours were not only pointless but also to the detriment of others, more and more citizens came to the realization that only by working together can they overcome these trying times.

Social services across Europe were overwhelmed within the first days of the crisis with social workers suddenly being unable to cope with the strain of having to care for an increased number of people with a reduced number of staff members. And that’s when ordinary people and volunteers started coming in to help.

Solidarity in action in Frankfurt

In the German city of Frankfurt, citizens quickly rallied around a number of initiatives aimed at safeguarding and protecting the local at-risk population. Dozens of projects suddenly sprung up – both ones that are driven by local government agencies and municipal authorities as well as ones developed by the local community.

The response from citizens was staggering. In just a few weeks one of the larger initiatives – Frankfurt against Corona, kickstarted by local medical students, was overwhelmed by volunteers eager to help their neighbours.

The initiative aimed to provide the sick and elderly with help when it comes to shopping so that they do not expose themselves to unnecessary risk – and it quickly became a hit with locals. Currently, there are over 400 people who have signed up to help, and the organisers can barely manage with 200 of them already being put on a waiting list.

Meanwhile, the local Corona Call Centre hosted by the Frankfurter Arbeiterwohlfahrt has also received a sudden surge of volunteers – all eager to do their part in helping their neighbours, be it by writing letters, shopping or providing all other kinds of assistance.

Despite the pandemic, or maybe even because of it, many citizens have discovered their communal spirits and are eager to help other citizens of Frankfurt come out on top of this crisis.