Citizens of Hamburg head to the polls

Citizens will be electing a state parliament and thus in extension, the city’s First Mayor 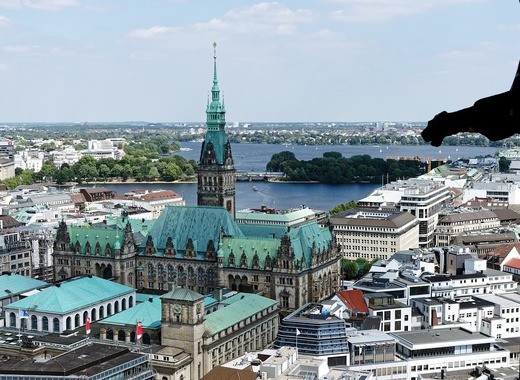 Today, 23 February, citizens of Hamburg will be electing the Hanseatic city’s state parliament and thus in extension its First Mayor.

Hamburg as a legal and administrative entity is not just a city – instead it makes up an entire state in the German federal structure. Thus, it has its own state legislature and executive that are elected by citizens.

The Hamburg Parliament is the unicameral legislative body of the state and the city. It’s comprised of a total of 121 members with 61 of them needed to form a majority. Upon their election, parliamentarians, in turn, choose who will head the executive branch of government – e.g. who will fill the post of First Mayor.

For the last few years, the post has been occupied by Peter Tschentscher of the German Social Democratic Party (SPD). His party won 58 seats in the 2015 elections and was forced into a coalition with the Greens in order to find a majority.

Current polling suggests that the SPD will remain the biggest party in Hamburg’s state legislature – but will also suffer heavy losses. In the last elections, the social democrats managed to secure over 45% of the vote – but 5 years later their prospects are much diminished.

Meanwhile, their coalition partners – the Greens, have surged in the rankings, the Christian Democrats (CDU) are slowly bleeding voters, the liberals are on life support and the far-right Alternative for Germany (AFD) is stagnating.

The situation in Hamburg for the most part mirror the situation in Germany as a whole. The two traditional parties – the CDU and the SPD are slumping in popularity, while the Greens have been gobbling up their disenfranchised voters.

After the Thuringia debacle, the liberal FDP has been trashed everywhere around the country with both voters and politicians denouncing their cooperation with the far-right AFD.

With all that in mind, the political situation in Hamburg is unlikely to change drastically. Despite the Greens and the SPD now polling neck and neck in the low 30s, they look like the only two parties that can form a governing coalition – but this time, unlike 5 years ago, they will be equal partners.