Citizens submit plan for the development of Salzach river in Salzburg 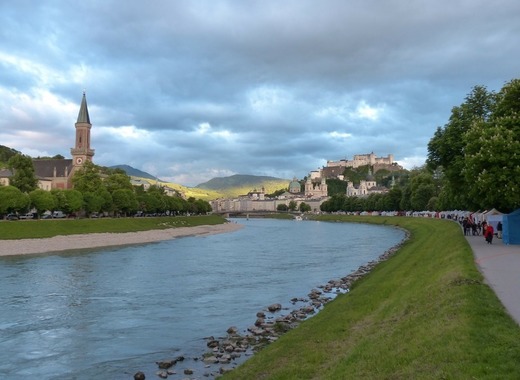 The Salzach river is a wild and somewhat untamed beast, coursing through Salzburg. Many public servants have made attempts at developing the banks of the river in order to improve the general atmosphere surrounding it, but the difficulties have always proven too great. Last week, however, a couple of architecture graduates, Lukas Ployer and Horst Lechner, submitted their draft plans for the development of the area of the Salzach river to the Salzburg City Senate. According to the plan’s advocates, the banks are already being actively used for recreational purposes, the city is failing at achieving their true potential.

The architect duo’s submission involves a vision of the area which combines a modern, thoughtful and daring approach to what they call a “realistic concept for a river Salzach… which shows possibilities how the river basin can become a pulsating lifeline and thus an attractive recreational area."

The local authorities are already discussing the proposals and have remained positive to the submitted suggestions. Deputy mayor Barbara Unterkofler brought attention to the fact that there have already been many attempts at taming the river in the city, but they have so far born no fruit - " The Salzach is a wild body of water. There are many hurdles. I experienced that myself and I had to accept it that way. ". Still, the City Senate is eager to familiarize itself with the project and maybe even attempt to eventually realize it.