Clervaux: meet the mayor in a Medieval castle surrounded by UNESCO heritage 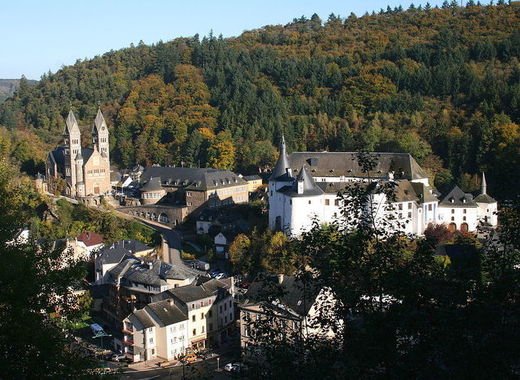 The municipality of Clervaux, located in the Ardennes of Luxembourg, is composed of seventeen charming villages. The town, albeit small and at a distance from the capital city, has significant tourism attractiveness and is a focal point in the North part of the Grand-Duchy, thanks to its extremely beautiful nature and rich cultural heritage. Situated on the banks of Clerve river, it is home to a XII century castle, a Benedictine Abbey and a world-renowned photo exhibition, among others.

The Clervaux castle, dating as far back as 1129 has been built in several stages. The construction of its west wing is attributed to Count Gérard of Sponheim, brother of the count of Vianden. However, as it was demolished during the Second World War, it had to be entirely rebuilt by the State with the assistance of various organisations who now seat there.

Among them, the city administration since the 1972 and after 1974 - the Museum of the Battle of the Ardennes. But first the Museum of the Castles of Luxembourg with exhibition of models of various castles of the Grand-Duchy was installed there in 1970.

Finally, it was in 1994 when the Clervaux castle became the home of the famous exhibition “The Family of Men” curated by Edward Steichen, which is part of the world heritage of UNESCO.  Composed of 503 photographs by 273 authors from 68 countries, it is a manifestation of the need for peace, equality and human rights in the face of the post-war devastation.

Yet, this is only a fraction of what the picturesque Luxembourgish town has to offer. Why not explore it for yourself? If you are eager to find out more, visit the website of Clervaux or the Tourist office’s page.