The new venue is part of the city’s pedestrianization efforts 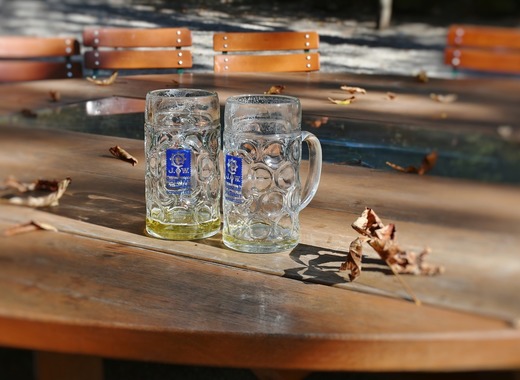 With the lifting of lockdown restrictions, many cities found themselves in a sore need for space that would allow for social distancing. That is why many local governments quickly went about pedestrianizing their respective urban areas and creating new, temporary infrastructure that can accommodate the transformation – like, for example, Munich’s temporary pop-up bike lanes.

Other cities, however, went about answering a different kind of need. An example of creative thinking can be found in Cologne, where officials have inaugurated their first pop-up beer garden.

Vital for preserving the good spirits of the community

Over the last few weeks, following the gradual reopening of many businesses (such as bars, cafes and restaurants), citizens quickly left their homes and headed to their favourite venues. As one might expect, the sudden influx of people led to overcrowding – and to a mass disregard of social distancing measures.

In Cologne, local officials have been forced to constantly break up parties and to clear out premises where patrons are not complying with regulations. In order to prevent such things happening in the future, authorities reached a creative solution – to create a brand-new open space venue that is specifically designed to allow for social-distancing-compliant parties.

Thus, the idea for Cologne’s pop-up beer garden was born, It will operate between 17 and 19 July and between 24 and 26 July and is located at Vogelsanger Straße. Throughout those two weekends, the street becomes a pedestrian-only zone and is entirely closed for traffic.

Those two periods also act as a trial run. Should the pop-up beer garden prove a success, it will become a more permanent addition to Cologne’s urban landscape.