Coming up this week: municipal and autonomous elections in Spain 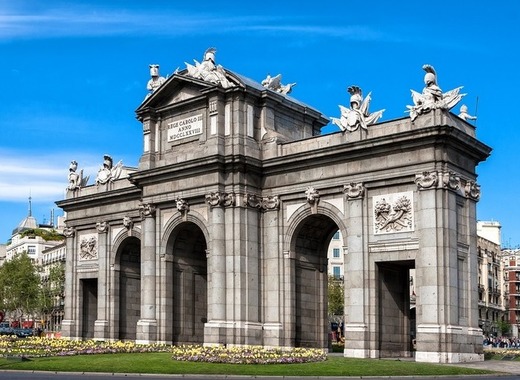 This Sunday, together with the elections to the European Parliament, Spain is having municipal and autonomous elections. As we explained in our earlier analysis, with so many choices to make within one month, things are nothing less than complicated. Here is an overview of the administrative details to take into consideration.

First, Spain is a decentralised unitary state and a Parliamentary monarchy since 1978. Apart from the central level of governance, there are also regional and local levels represented by the autonomous communities, the provinces and the municipalities.

Twelve out of the seventeen Autonomous communities will be electing regional parliaments this week, namely Aragon, Asturias, the Balearic Islands, the Canary Islands, Cantabria, Castile and Leon, Castilla-La Mancha, Extremadura, La Rioja, Madrid, Murcia and Navarre. Up for grabs are 715 out of 1,208 seats. Between 1979 and 1983, the communities have been separately gaining autonomy starting from the Basque country, Catalonia, Galicia and Andalusia. The process of decentralization continuted up until the creation of all the current 17 autonomous regions. Their respective governing bodies have legislative powers and competences in a number of areas, including changes in municipal boundaries, public order, environmental protection and planning and urbanism.

Each community is further divided into provinces which act as a link with the smallest unit of local governance, namely the municipalities. The former will elect seats to provincial deputations as well.

Then, there are 8124 municipalities (as of 2017, according to Eurostat). The municipalities (mostly governed by Ayuntamientos or city councils, presided by a mayor) are responsible for local matters, including public safety, urban policies and civil protection. The number of councillors varies depending on the population from 3 to 25 for municipalities up to 100 000 persons. For each additional 100 000 persons, another councillor is added (or two if the number is even). They serve four year terms and unlike other European countries, the Mayor is not directly elected. On the contrary, he is selected among the leaders of party lists by the councillors elected to the council, provided that he wins an absolute majority.

According to a recent poll by GAD3 for ABC the socialist party PSOE is on the lead with 30% followed with a large distance by Partido Popular with 20%. By the 20th may 2019, the support for Ciudadanos was 12%, 8% for Podemos and only 4% for Vox.