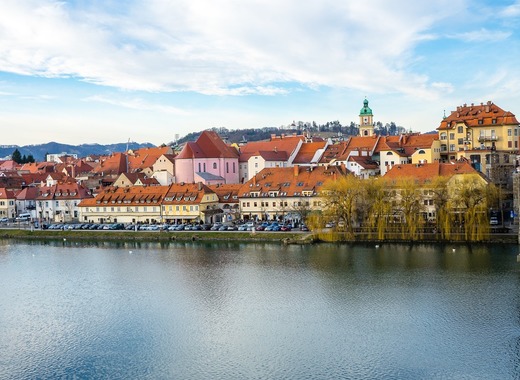 Some projects are just far too big and important to be delayed even in extraordinary circumstances. Despite the COVID-19 outbreak, work has diligently continued on the reconstruction of the main railway station of the Slovenian city of Maribor.

The project is deemed vital not only by local authorities but by the country’s government as well for it will contribute both to the economy and to overarching environmental and sustainability ambitions.

The main Maribor railway station has been under reconstruction since May 2019. Construction efforts are part of a larger project meant to substantially bolster the capacity and upgrade the entirety of the Maribor - Šentilj railway line.

Work on the project within the city of Maribor also includes upgrades to several other stations – namely Trezno station and the Maribor – Pochehova line. The project is co-financed by EU funds and comes at a total cost of 55.5 million euros.

On a visit to the construction site in Maribor, the Slovenian Minister for Infrastructure reiterated the importance of the project – not only because the development of railways is key for environmental and connectivity reasons, but also because large infrastructure and construction project will be vital for rebooting the economy after the coronavirus crisis has subsided.

He further stated that while construction will be completed on schedule – sometime in autumn, most likely in September, allowing passenger traffic will have to be delayed until it is certain that passengers’ health can be protected as abandoning some measures too hastily might lead to catastrophic results.

Meanwhile, the mayor of Maribor Saša Arsenovič, further underlined the need for several other key infrastructure projects in the city that are in dire need of completion – like the western bypass and a tunnel between parts of the city. Such projects might turn out to be exactly what the Slovenian government is looking for when it comes to infrastructure investments in the future when they are planning on kickstarting the country’s economic recovery.