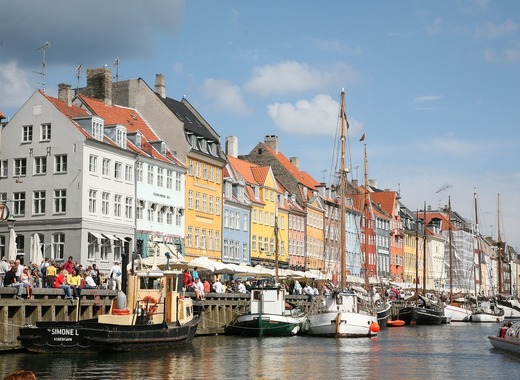 After Denmark and Austria became the first countries in Europe to begin easing their lockdown restrictions and opening their economies, cities suddenly found themselves beset by issues – the conditions created by the partial lifting of lockdowns and the continued social distancing requirements have forced many institutions and establishment to adapt to an entirely new way of operating and to think outside the box.

And that is precisely what the Danish capital of Copenhagen’s local government has been doing over the past week when approaching its newfound freedom.

The lifting of some of the most restrictive lockdown measures provided citizens and authorities with a breath of fresh air – and allowed them to rediscover some “luxuries” that before we had all taken for granted.

For example, the Copenhagen Zoo – a place much-loved by locals and their children, was forced to remain closed throughout the lockdown, but authorities in the municipality of Frederiksberg have come up with an ingenious win-win solution for its reopening.

The capital’s zoo officially began allowing groups of children entry on 23 April, thus solving two major problems – one the one hand, it gives them something to do and keep them from getting bored, while on other, the zoo’s premises provide even more space for children who must be obeying social distancing rules and require more room. The policy of child-only admittance will continue until the zoo is officially reopened to everyone, sometime in the future.

Acting for the economy

The City of Copenhagen has also taken further action in preserving and protecting local jobs – namely by quickly approving 55 new construction projects at a total cost of 350 million kroner. Thanks to the quick work done by authorities, construction companies will be able to keep their workers on board and stay afloat throughout the economic crisis caused by the coronavirus pandemic.

“Even though it happens on a gloomy backdrop, the advance of many investments is a win-win situation…We, as a municipality, can give businesses a financial backing and help keep their hands on the city’s jobs,” stated Copenhagen Mayor Frank Jensen.