Coronavirus breaks into the ‘safe havens’ of Europe 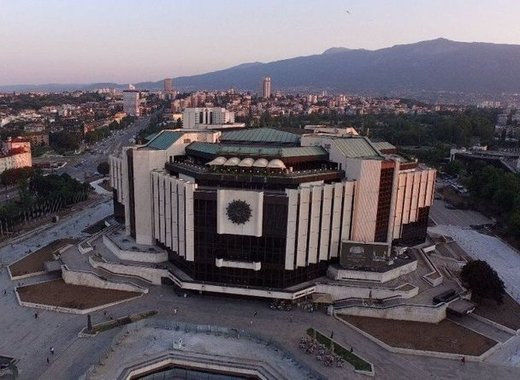 With the coronavirus (COVID-19) penetrating around 90 countries and territories worldwide, Slovakia, Malta, Cyprus and Bulgaria remained the only EU states to be spared the scare for quite a long time. Until last Friday.

On that day, 6 March, Slovakia reported its first case after a 52-year-old man from the village of Kostolište, Záhorie region, whose son had visited Venice on 14-15 February, was diagnosed with the infection. Subsequently, the man’s wife and son (identified as the “patient zero”) also tested positive. The government responded by cancelling all flights to Italy, Europe’s coronavirus hotspot, banning school trips and excursions abroad as well as patients' visits to all hospitals.

Just a day after, on 7 March, Malta confirmed its first cases of coronavirus infection, involving a 12-year-old girl and her Italian parents, residents in Malta. The family had gone into voluntary quarantine after returning from a holiday in Trentino via Rome. To stem the spread of the disease, Air Malta halted all flights to and from Milan airport amidst the quarantine lock-down of the entire Lombardy region.

On 8 March, Bulgaria announced its first four cases – two in the cities of Pleven and Gabrovo each – and moved to ban all indoor cultural and sporting events. This preventive measure hit hard the 24th Sofia International Film Festival (12 – 31 March), an acclaimed annual event supported by Sofia Municipality, which was postponed for a later date. The major festival venue – the National Palace of Culture - was locked down.

Following the trend, Bulgaria Air national carrier stopped flying to Milano while low-cost airline Wizz Air suspended all flights to Milan (Bergamo) and Treviso until 3 April. The good news is that the water supply restrictions to Pernik, the most populous city in Western Bulgaria (95 860 inhabitants) after Sofia will be eased to up hygienic standards in the wake of the coronavirus threat.

Hungary, which has 9 confirmed coronavirus cases as of Monday (eight of them, mostly Iranian students, treated in Budapest) announced the cancellation of 15 March state celebrations to mark the 1848 Hungarian revolution. The mayor of Budapest Gergely Karácsony commented on his Facebook page that the health of people is of paramount concern.

He joined his counterparts in the newly affected countries by urging residents to keep calm, to not overstock on supplies and to follow instructions by the health authorities.