Coronavirus reaches even the most remote cities of Portugal

Ponta Delgada, the capital of the Azores, has announced the cancellation of its most important holidays due to the outbreak 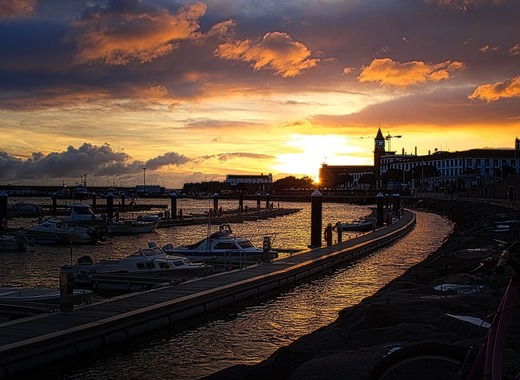 Earlier this week, the City Council of the Portuguese city of Ponta Delgada announced that it will be suspending the celebration of some of the region’s most important holidays due to the outbreak of coronavirus on the islands.

Ponta Delgada is the capital and largest city of the Azores, an archipelago in the Atlantic Ocean, located some 1360 kilometres from mainland Portugal that constitutes an autonomous region in the country, much like the island of Madeira.

Despite being so distant from the shores of Europe, it appears that the worldwide outbreak of COVID-19 has not spared the small islands and they have been forced to adapt to the changed circumstances – much like citizens of every other region on the Continent.

The City Council of the capital of Ponta Delgada went one step further and announced the cancellation of events that were being planned for July – two of the city’s most important holidays, namely the municipality’s festivities for Divino Espirito Santo and the 474th anniversary of its establishment.

Celebrations of the Azores’s most important religious holiday – of Santo Cristo dos Milagres, that were also supposed to be held in July, were also suspended.

As of the writing of this article, there have been registered 48 positive cases of COVID-19 on the Azores, proving that no place, no matter how remote is safe from the diseases, as they know no borders or frontiers.