North Rhine-Westphalia has already reallowed prostitution, while Hamburg, Bremen and Schleswig-Holstein will begin doing so on 15 September 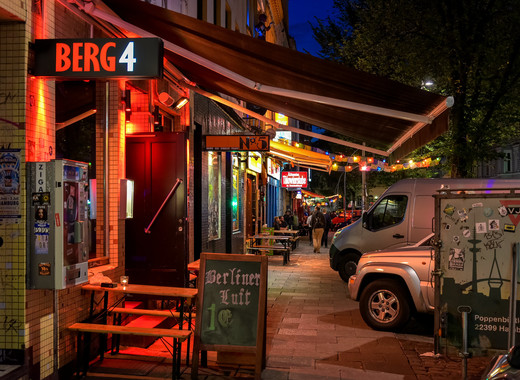 Source: Hamburg: Reeperbahn by Jorge Franganillo on Flickr (CC BY 2.0)

Sex workers in Europe have been among the hardest hit by the coronavirus pandemic – but they are also among the most forgotten victims of the crisis. With the imposition of lockdowns in Germany, many sex workers were left without a job while a myriad of brothels, including the world-famous Pascha brothel in Cologne, were forced to file for bankruptcy.

Yet, after a ruling by the Higher Administrative Court in Münster determined that the previously imposed ban on sex work is illegal, several regions will be lifting their restrictions on the activity.

Resumption alongside lifting of general restrictions

The court in Münster claimed that the ban is illegal citing the fact that it violates the principles of proportionality. Within its reasonings for the decision, the court made a comparison between gyms and brothels claiming that activities in both venues lead to heavy breathing, yet fitness studios have been allowed to operate. Furthermore, the court claimed that there is no evidence that sexual activity between two people is more contagious than events of up to 150 individuals (the current limit of event attendants in Germany).

The regional government of North Rhine-Westphalia reacted quickly and immediately reallowed sex work after the court revealed its decision on 8 September. Meanwhile, other Northern German states like Hamburg, Bremen and Schleswig-Holstein have also declared they will lift their bans and will allow sex workers to go back to their jobs starting 15 September – coinciding with the further relaxing of lockdown restrictions in the three regions.

The latter three states, however, have announced their intentions of introducing new regulations on sex work-related establishments. For example, sex workers will have to keep lists of customers in order for authorities to be able to quickly and effectively track and trace potentially infected individuals. Furthermore, Hamburg will not reallow prostitution events and prostitution in vehicles for the time being in order to limit the potential spread of COVID-19.