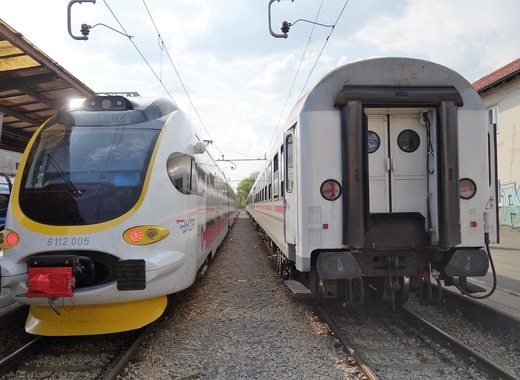 Croatian Minister of the sea, transport and infrastructure, Oleg Butković, announced that Croatia is embarking on a long journey of investments in transport while visiting the construction site of the Zagreb – Savski Marof railway line. The government’s agenda aims not only to improve mobility within the country but to also help the economy recover in the aftermath of the coronavirus pandemic.

Making progress where it counts

The massive investment cycle envisioned by the Croatian government is worth around HRK 20 million. The first part of it – the reconstruction and renovation of the Zagreb- Savski Marof line, is worth around HRK 1.5 billion. The contract for the work was signed earlier this year in February and construction begin in May with a deadline sometime during the summer of 2022.

The Zagreb – Savski Marof line is among the most important railway junctures in all of Croatia. It is the most highly travelled route with over 160 trains using it on a daily basis. It also makes up part of the RH1 corridor which plays a crucial role in international freight transport in the region. Once construction is finished, the upgraded line should not only be faster, safer and more convenient for users, but it will also require reduced maintenance as the works will solve many problems accumulated since the last time it was upgraded in the 1970s.

During his visit to the construction site, Butković also highlighted the fact that the government will be investing another HRK 900 million in the reconstruction of the Zapresic – Zabok railway line and will sign a purchasing order for 22 new trains worth over a billion kuna. Through these actions, supportive of low-carbon mobility, the Croatian government is not only brandishing its climate credentials but is also making sure that citizens have ample choice of travel options when planning their trips.