Thanks to the World Bank’s aid, the country will transform its waste management system and make it more sustainable 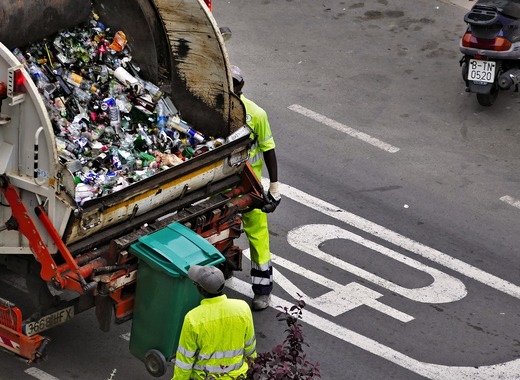 Croatia’s entire solid waste management system is set to undergo a major transformation following the signing of a deal between the Croatian government and the World Bank. Under the agreement, the latter has agreed to provide Croatia with technical assistance and to support its efforts in transitioning to a circular economy.

A major pillar of circularity

In order for Croatia to be able to meet both its own and the EU’s climate and circularity targets, the country needs a little help to boost its technical and financial capacities. That is why officials turned to the World Bank for help, which was more than happy to oblige, as evidenced by the agreement signed between Croatian Minister of Economy and Sustainable Development, Tomislav Ćorić and the World Bank Country Manager for Croatia, Elisabetta Capannelli.

Thanks to the agreement, and thanks to the aid that the World Bank will provide the country, Croatian authorities believe that they will be able to achieve what they had set out to do. Through the agreement, the World Bank will help the Croatian government update its National Waste Management Plan (with waste management being a key pillar of every country’s sustainable transformation), will provide expertise where and when it is needed and will help bolster coordination and establish connections and relationships between authorities and stakeholders. Thanks to these efforts, Croatia should ultimately be able to meet its objectives, despite currently lagging behind its EU counterparts in terms of waste prevention targets.

"In the coming years, it will be challenging to meet the objectives we have before us, meaning that by the end of 2020 we must separate and recycle 50% of paper, metal, plastic and glass. We must also take action to meet even more demanding goals, such as, increasing waste separation and recycling to 65% and reducing waste disposal to 10% by 2035.

During the last three years, the Ministry, in cooperation with local self-government units, counties and the Environmental Protection and Energy Efficiency Fund, has been actively carrying out activities to provide the necessary infrastructure for establishing an efficient waste management system at local and regional levels with tangible results.

This Agreement represents a step forward in the transformation to a circular economy that will contribute to the creation of a new and more modern framework for the National Waste Management Plan,” stated Tomislav Ćorić, Croatia’s Minister of Economy and Sustainable Development, upon signing the partnership agreement.