See the list with the most exciting artists and top singers performances in Split, Dubrovnik, Sibenik, Zadar, Rijeka and many more 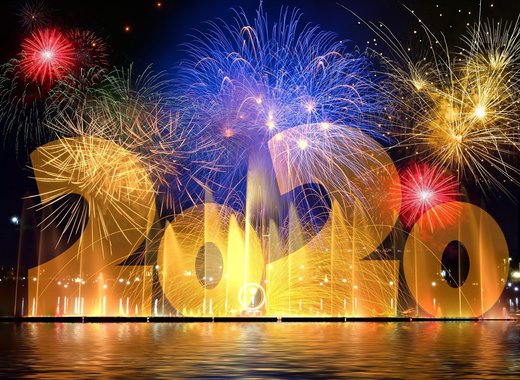 New Year’s Eve is very popular in Croatia and many towns and cities organise special celebrations at their main squares and streets. In some larger cities, these events sometimes take on the form of concerts of A-list singers. Of course, one can also find the traditional countdown to midnight followed by a firework display. These events are free and are well worth joining, allowing you to take in the atmosphere and the good vibes. Because of all this, these public events tend to draw very large crowds of citizens and visitors.

The New Year is right around the corner and it will mark the end of another decade. Croatian cities and towns will celebrate 2020 with unforgettable concerts on main squares and various other entertainment programmes, informed CroatiaWeek.

On the Riva in Split, Tomislav Bralic and Klapa Intrada will perform before the star Jelena Rogza keeps the crowd partying into the night.

The celebrations dedicated to the New Year will be part of the Dubrovnik Winter Festival. Mia Dimsic will open the programme, followed by the main attraction - Parni Valjak.

Enjoy the performance of the British hip hop and electronic dance group Stereo MC’s on the main stage in front of St. James Church in Sibenik.

Zaratino and TBF will play on the Advent stage on Petar Zoranic Square in Zadar.  At the same time, Dalmatino will perform on People’s Square.

The European Capital of Culture 2020 will celebrate the date with Nina Badric, performing on Korzo as well as popular band Dubioza Kolektiv.

Other places with interesting programs on the New Year Eve around Croatia are Makarska where Danijela Martinovic will be playing, Umag with a performance of Maja Suput and the Istrian town of Porec presenting the show of Severina. On the island of Rab, you can see Tony Cetinski, in Rovinj - Gibonni while Petar Graso will be playing in Mali Losinj.