With the reopening of borders, authorities want to protect new arrivals as well as the local population and to prevent a resurgence of COVID-19 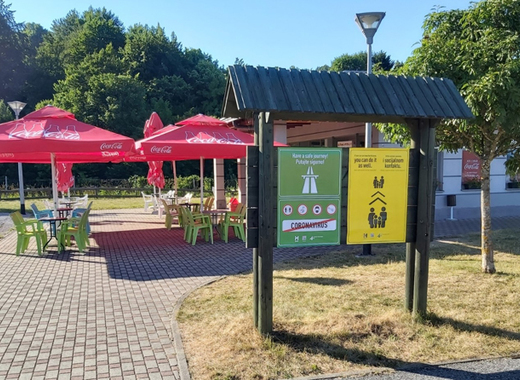 Under the slogan “Travel Safe and Responsibly”, Croatian Motorways has launched a new information campaign aimed at protecting travellers in the country – both locals and those who are now arriving following the reopening of Europe’s borders.

Protecting the lives and health of foreigners and Croatians alike

With the start of the summer season and following the reopening of Europe’s borders for all manner of travel, the number of COVID-19 cases in Croatia has steadily crept up – as has been the case in pretty much every other country. Yet Croatia, alongside countries like Greece and Italy, is a prime tourist destination, which means that the impact of increases in the number of cases can be far more dangerous given the number of new arrivals.

That is why Croatian Motorways has embarked on a campaign that will promote safe and responsible travel in the hopes of preventing a major resurgence of COVID-19 in the country. A leaflet in 8 languages has been designed and has been delivered to all kinds of venues on and around Croatia’s main road arteries.

Furthermore, Croatian Motorways is also placing posters in key locations that explain epidemiological measures and give an overview of do’s and do not’s. They also boast a QR code that leads you directly to Croatia’s coronavirus information hub that will provide even more background to those who want to become more familiar with the situation in the country.

Despite the fact that Croatian Motorways registers a 30% drop in movement and transportation across the country, the need for such an information campaign is self-evident. Every member of society – including those staying only briefly, is responsible for the health of others and should be well informed on how to keep himself and those around him safe.