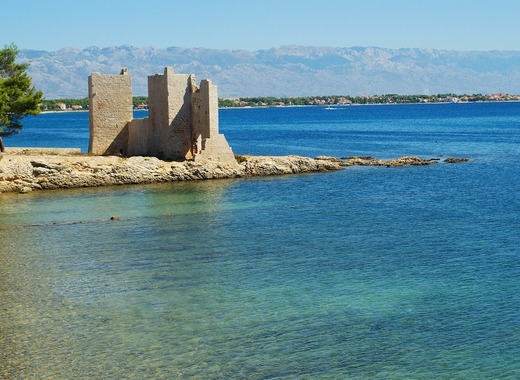 The coronavirus pandemic has resulted in terrible losses for Europe’s tourism sector. Many EU countries are heavily reliant on the summer months and the threat of the disease, as well as the imposition of lockdowns, restrictions and travel bans, has put a substantial dent in their budgets and plans for the future.

Yet while some destinations suffer, others have been graced with slightly better luck. Such is the case with Croatia’s island of Vir, which has managed to stave of enormous losses and has retained over 80% of the number of tourists that arrived in 2019.

Making the best out of a terrible situation

Last year, the island of Vir placed 2nd in Croatia in terms of most overnight stays for the month of July. This year, of course, the situation is far different. Local officials and business representatives are happy that the island has kept its allure for international tourists who have chosen to return despite the dangers of cross-border travel.

Most of the foreign visitors who have decided to make the journey to Vir come from Germany and the Czech Republic – the two countries that traditionally rank as most interested in the island. The share of German arrivals, specifically, has risen by a staggering 30% for the month of July.

Thanks to Croatia’s overall handling of COVID-19 and to Vir’s high standards and its dedication to protecting the lives and health of both its citizens and its foreign visitors, there has been only a 20% drop in the number of overnight stays so far – a number that in other circumstances might have appeared catastrophic but is actually surprisingly decent in the current situation. So decent in fact that Vir currently sits at the very top of destinations on the Adriatic coast when it comes to overnight stays – surely a testament to the efforts of both local and national officials and of the island’s businesses and excellent venues.